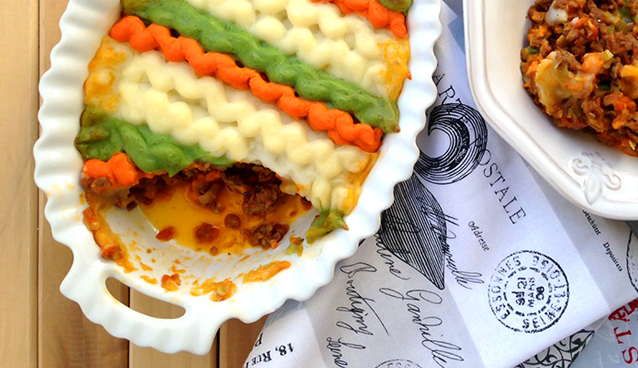 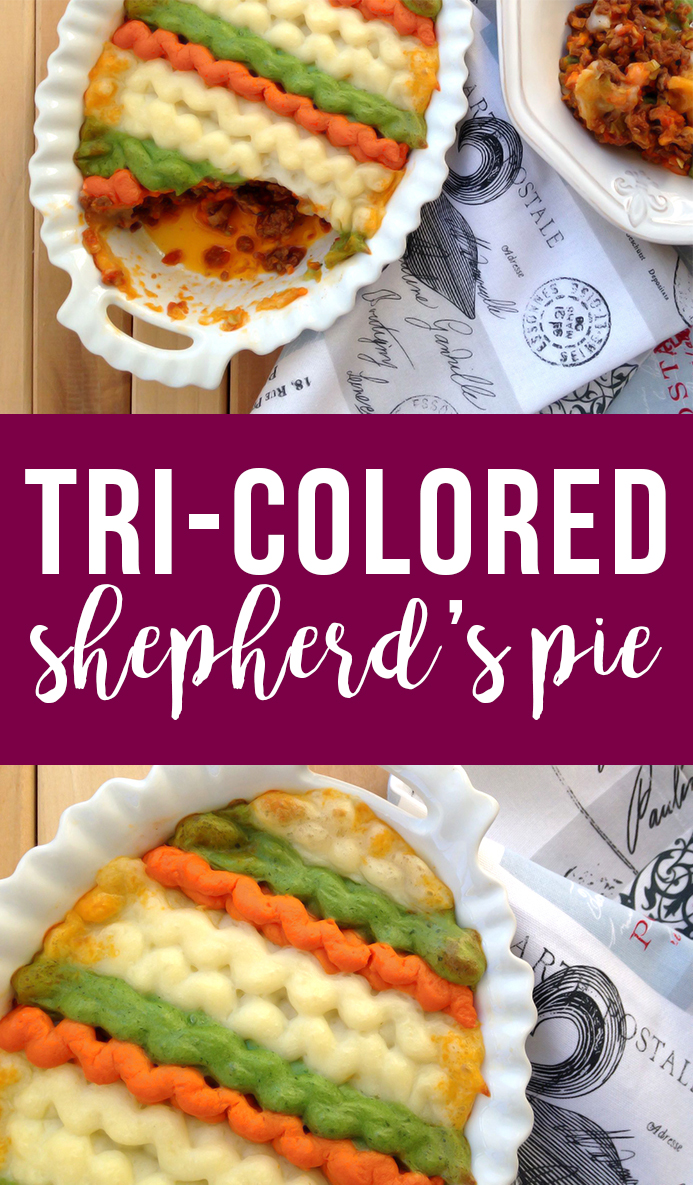 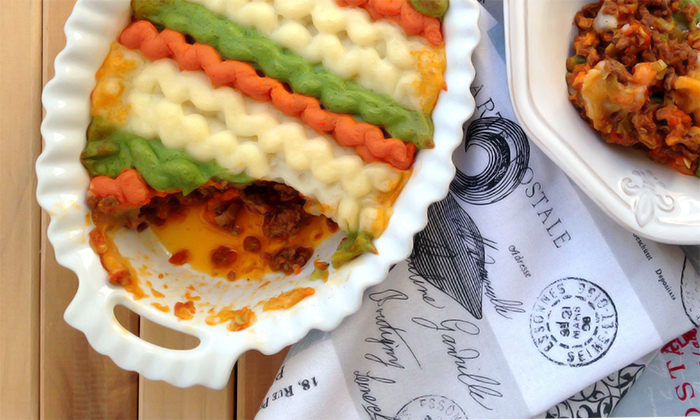 Piping mashed potatoes through a cake decorating tip is quite a bit easier and less ridiculous than it sounds. In fact, this was the part of the recipe that was the most downright fun. All that’s required to achieve an effect at least as good as mine is a steady hand and confidence. You’ll find your rhythm in piping out the type of ribbons you like the look of best.

I love this French riff on shepherd’s pie. Real hachis parmentier tricolore is made with shredded stewed meat, but I cut the cooking time by using ground beef cooked in a skillet instead of a slow-cooked version. I can’t tell that this Paleo shepherd’s pie lost anything in translation…but feel free to substitute full-fat, grass-fed dairy instead of the coconut oil and coconut milk.

I got the concept of a tricolored topping from the cookbook My Little Paris Kitchen by Rachel Khoo, but adapted it heavily by doing away with quite a few of the original’s ingredients (dairy, sugar, nutmeg, and broth to name a few). However, this Paleo shepherd’s pie recipe is traditional in that it calls for potatoes. If you’re not a fan of nightshades, make this with a solid piping of mashed yams… it won’t be as intricate but it’ll still have the “wow” effect. Or experiment with mashed cauliflower, that would really be amazing! 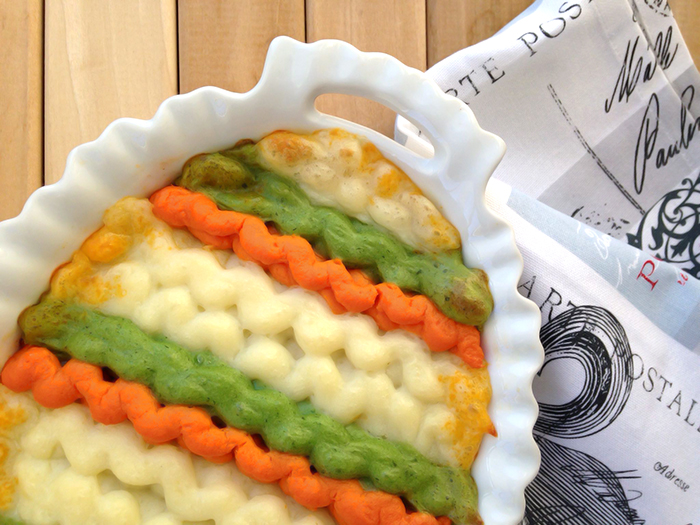