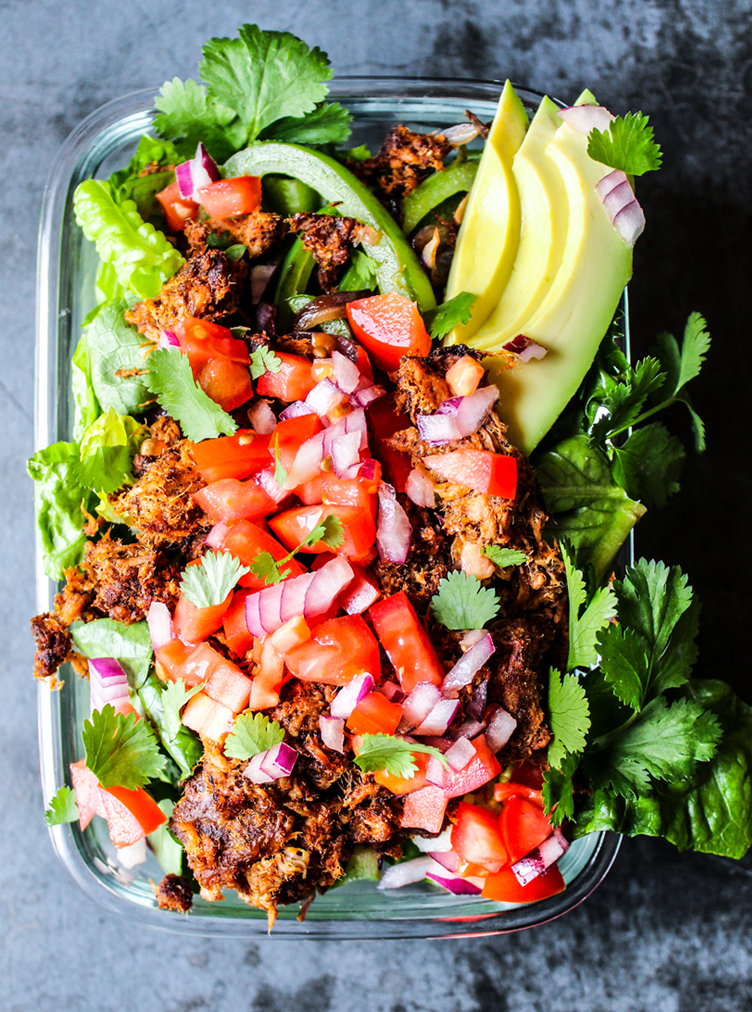 January is Whole30 month. If you're not familiar with the Whole30, it's a dietary elimination protocol to determine which food groups (like sugars, grains, dairy, or legumes) may be having a negative impact on your health. As the Whole30 site itself explains:  "Are your energy levels inconsistent or non-existent? Do you have aches and pains that can’t be explained by over-use or[...]

Having traveled to one or two far off lands I can honestly say that the English breakfast is one of the best in the world. It certainly beats the typical American breakfast of various forms of processed, refined carbohydrates stripped of nutrients and doused with seed and vegetable oils (which will send blood sugar soaring, contribute to body fat, throw your omega-3 to omega-6 ratio out of balanc[...]

Pastured bone broth: I finally found a shelf-stable brand that is made from grass-fed cows! If you don't have time to spend hours making your own bone broth, Kettle & Fire makes a game-changing broth from organic bones, slow-cooked to draw out the nutrients and collagen hidden deep inside.  Get it here. In keeping with the international flavor mash-up that is today's post, I[...] 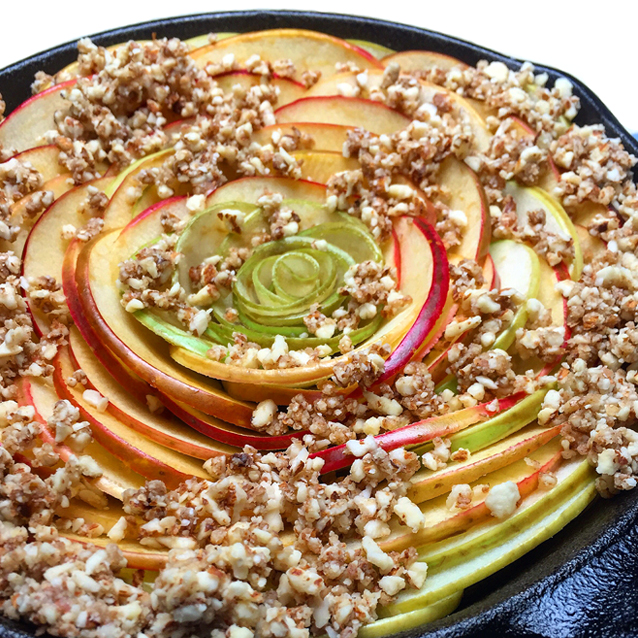 I created this Quick Apple Pie recipe in honor of Pi Day. This year's Pi Day was an extra-special occurrence... a once in a lifetime one, actually. March 14 (or 3/14) celebrates the mathematical constant of pi. Pi represents the ratio of circumference of a circle divided by its diameter. While it is often abbreviated as 3.14, pi has an infinite number of digits beyond the decimal poin[...] 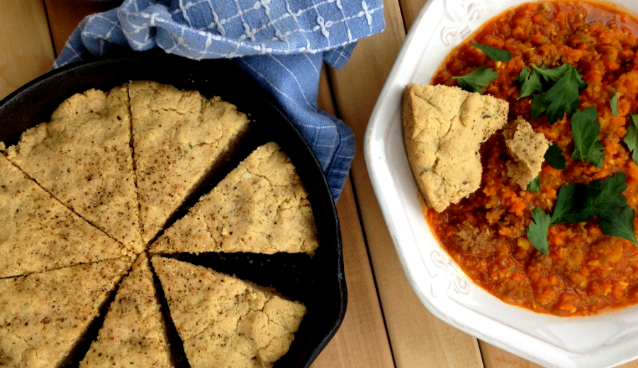 I may be grain-free most of the time, but sometimes I get a craving for something crumbly and savory to break into a soup. That's where this Almond Thyme Skillet Bread recipe came from (plus I wanted another excuse to use my mini cast iron skillet)! This recipe is so easy, and a great use for leftover bacon fat. I served the Almond Thyme Skillet Bread with a soup made from ground beef and[...] 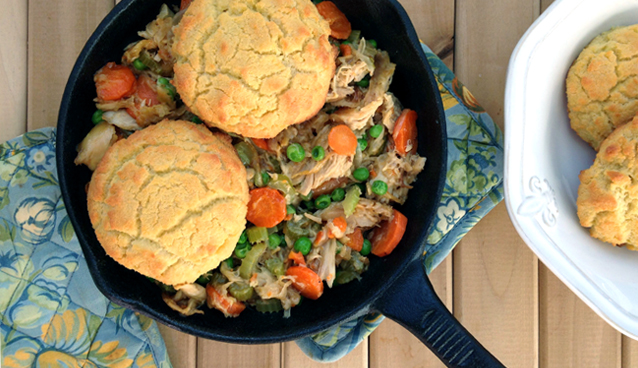 I don't know when I first tasted chicken and biscuits. Maybe my beloved Texas grandmother made it for me, I can't be sure. What I very much DO know is that this is the perfect dish to serve on a cold winter night, preferably in front of a roaring fire. Like a deconstructed chicken pot pie, you top this unfussy recipe with biscuits instead of a crust. Tip: this dish is a great way to make[...]

Two quiche posts in one week! Eggs are cheap and delicious, so why not? This recipe makes use of the amazing tomatoes that have flooded the markets here in San Francisco. In fact, it uses two kinds: sun-dried out of a jar (so good) and fresh-sliced to decorate the top. Oven-blistered tomato slices give it a rustic, crispy look... especially when paired with crispy pancetta. Speaking of th[...] 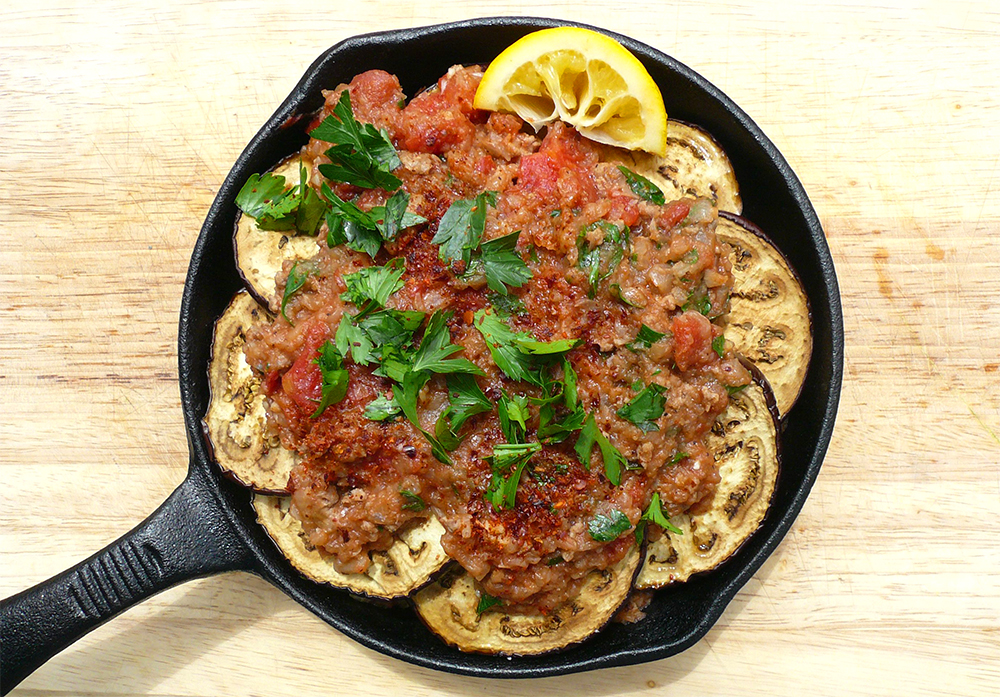 I'm obsessed with my new little cast-iron skillet, can you tell? Two posts in a week that feature the adorable new addition to my kitchen. ;) I like it for its dual purpose in this recipe: sauté the onions, garlic, lamb, tomatoes and spices in it while the eggplant bakes, then spoon the sauce out, layer in the eggplant, and serve it with a rustic presentation that complements the recipe'[...] 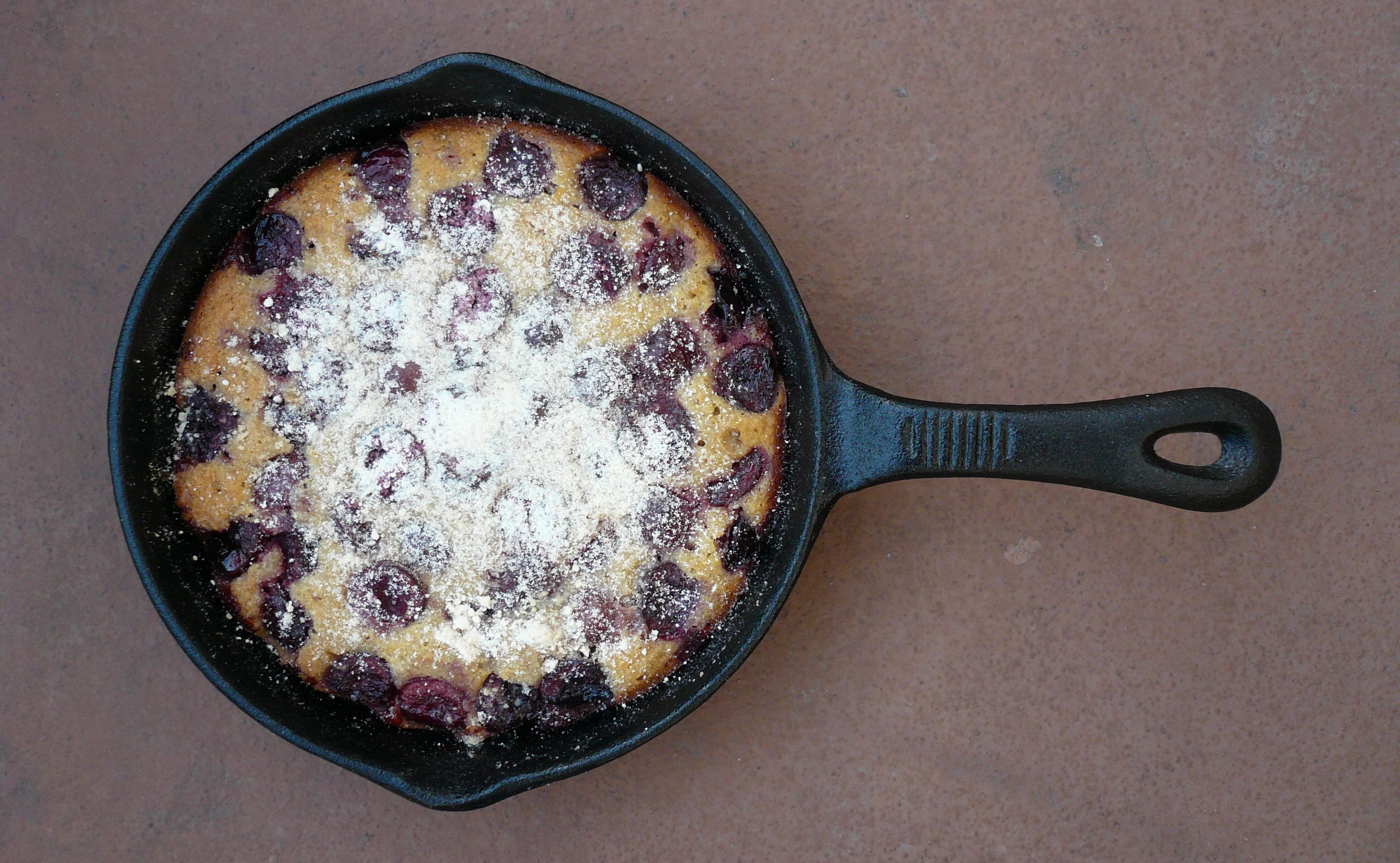 Cherries aren't my favorite fruit. That honor goes to pineapple. No, mango. Some tropical fruit, for sure. But cherries do have a special place in my heart: my favorite ice cream flavor is Ben & Jerry's Cherry Garcia and I could drink black cherry juice by the gallon. So, when I saw a recipe for the rustic French dessert clafoutis (grain-free!) from Tanya at Feed the Clan, I was hooked. Trad[...]