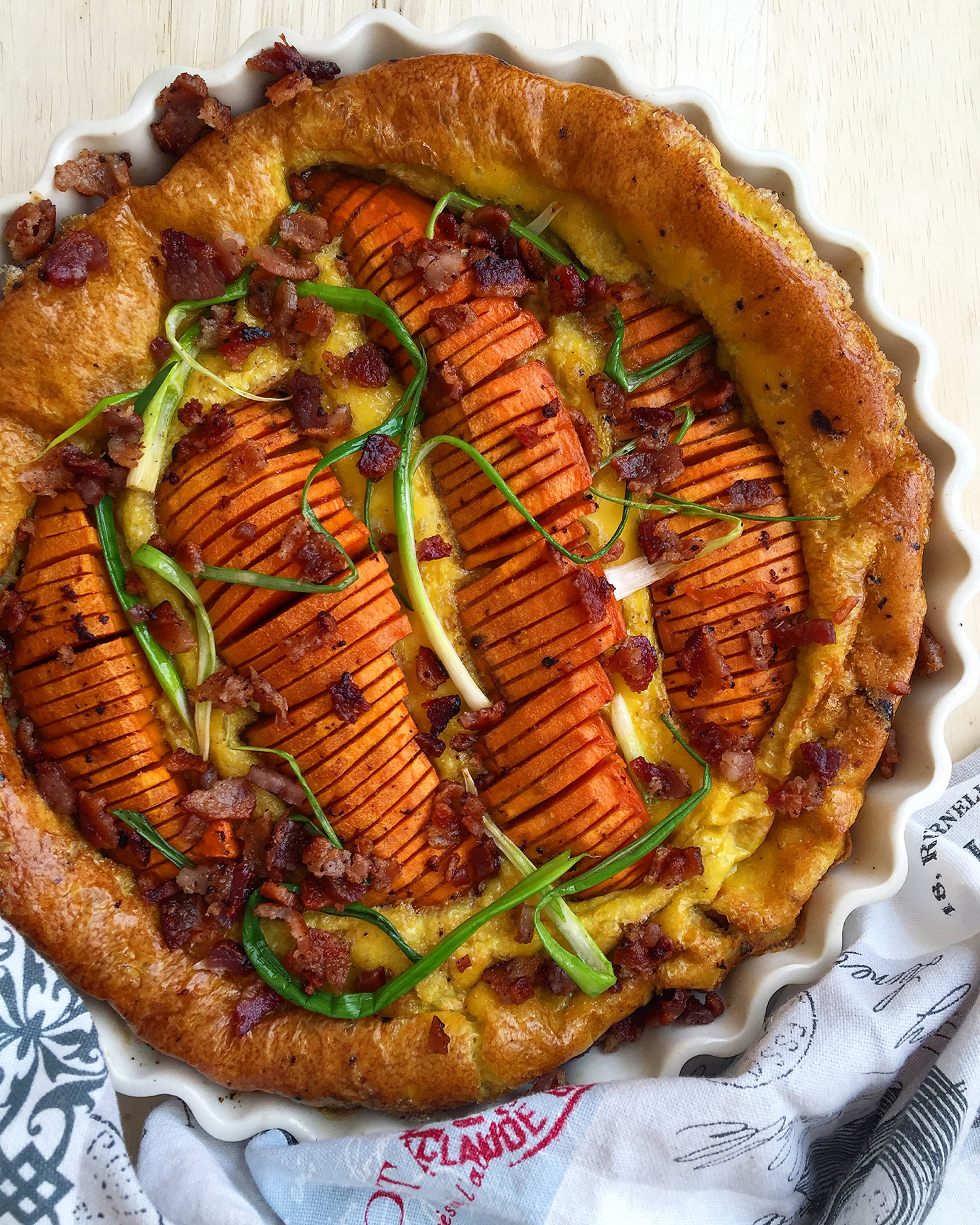 This sweet potato frittata creation rose from the ashes of a recipe failure.

Several days ago I came across a gorgeous recipe series titled For the Love of Pie, in particular a beautiful entry by Mimi Thorisson. Potatoes, bacon, onions and herbs… it’s all very French countryside, rustic and wholesome. I immediately began plotting a Paleo recreation to be produced in, well, my urban apartment in San Francisco. Not quite the same effect as the original post, but I thought I had a stylish presentation concept for the pie itself that would outweigh my lack of scarred wooden tables, cottage stonework and adorable toddlers to populate my pictures. By slicing the (sweet, in my version) potatoes thin and arranging them in a spiral layer, the geometrical effect was intended to approximate these apricot, pistachio and lemon shortbread tartlets on a full scale.

Let me tell you, when the pie came out of the oven it looked great. The problem is, you can’t bake layers of raw sweet potatoes enough for the bottom layers to soften without the top layers burning! Isn’t real food frustrating? The top of the pie was softened while the rest of it was crunchy. Particularly heartbreaking was the fact that bacon + sweet potatoes is a flavor combination of genius. I stood in the kitchen and devoured warm, clumsy chunks of that ridiculous crunchy pie because its deliciousness was undeniable… and that’s when I decided to rework the presentation, abandon my precious geometry and serve up a humbler-looking frittata version using the pre-roasted sweet potato method to ensure zero chance of crunch.

This sweet potato frittata combines a trio of my favorite ingredients (eggs, bacon, and sweet potatoes) and ended up being a bit of a riff on sweet potato breakfast hash. You get the heightened flavor and sweetness gained by oven-roasting the sweet potato slices before arranging on a pie plate and whisking eggs into the gaps. If it sounds simple, that’s because it is (also, the bacon can be cooked and the sweet potatoes roasted ahead of time). I love a dish that can be put together in under five minutes from pre-cooked ingredients before I stagger back to bed on a weekend morning… only to emerge golden and glowing from the oven 40 minutes later. 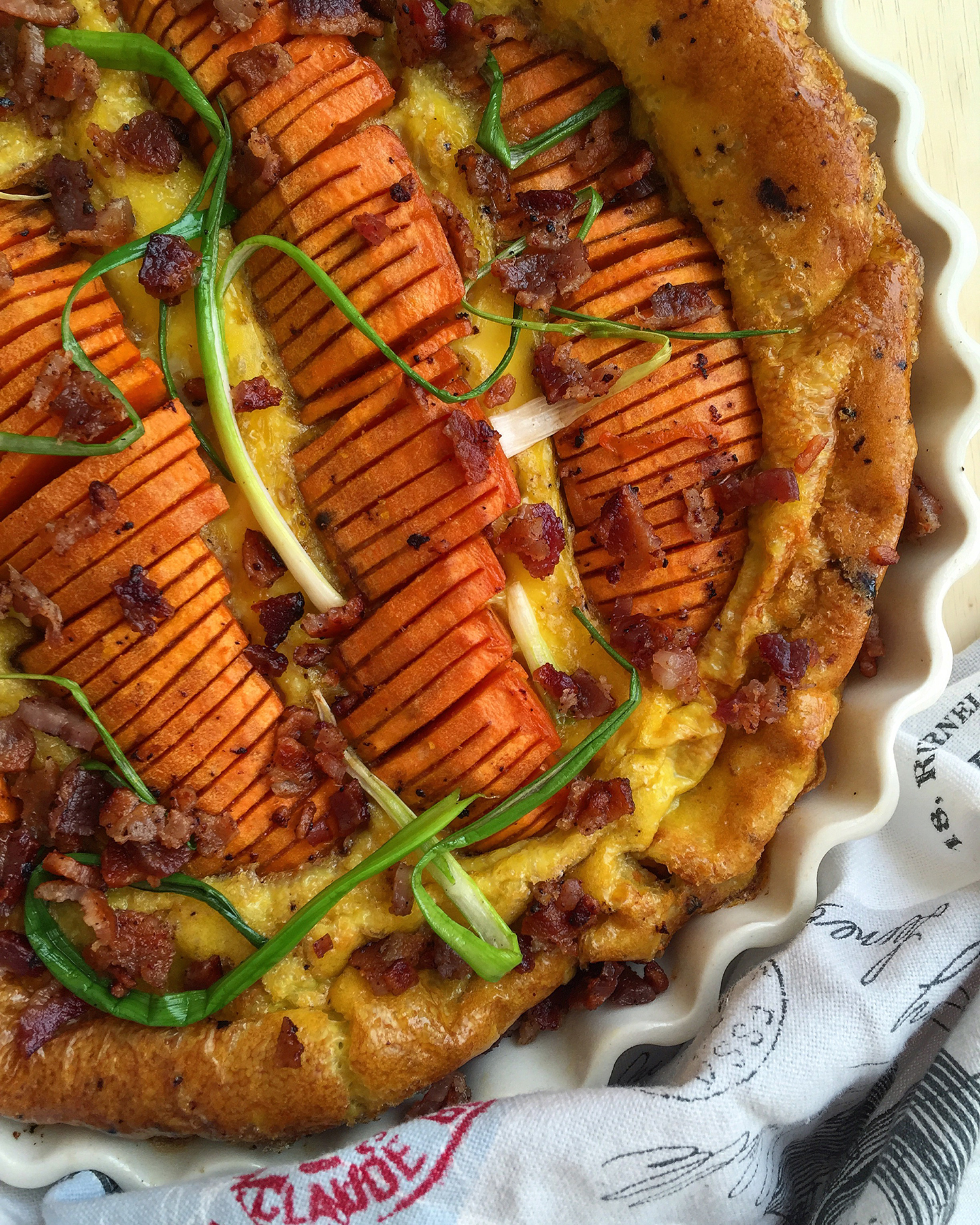 Note: this recipe is a rework of a previously-published (and incorrectly named) sweet potato quiche. If you’re a fan of the older recipe, click here to view. 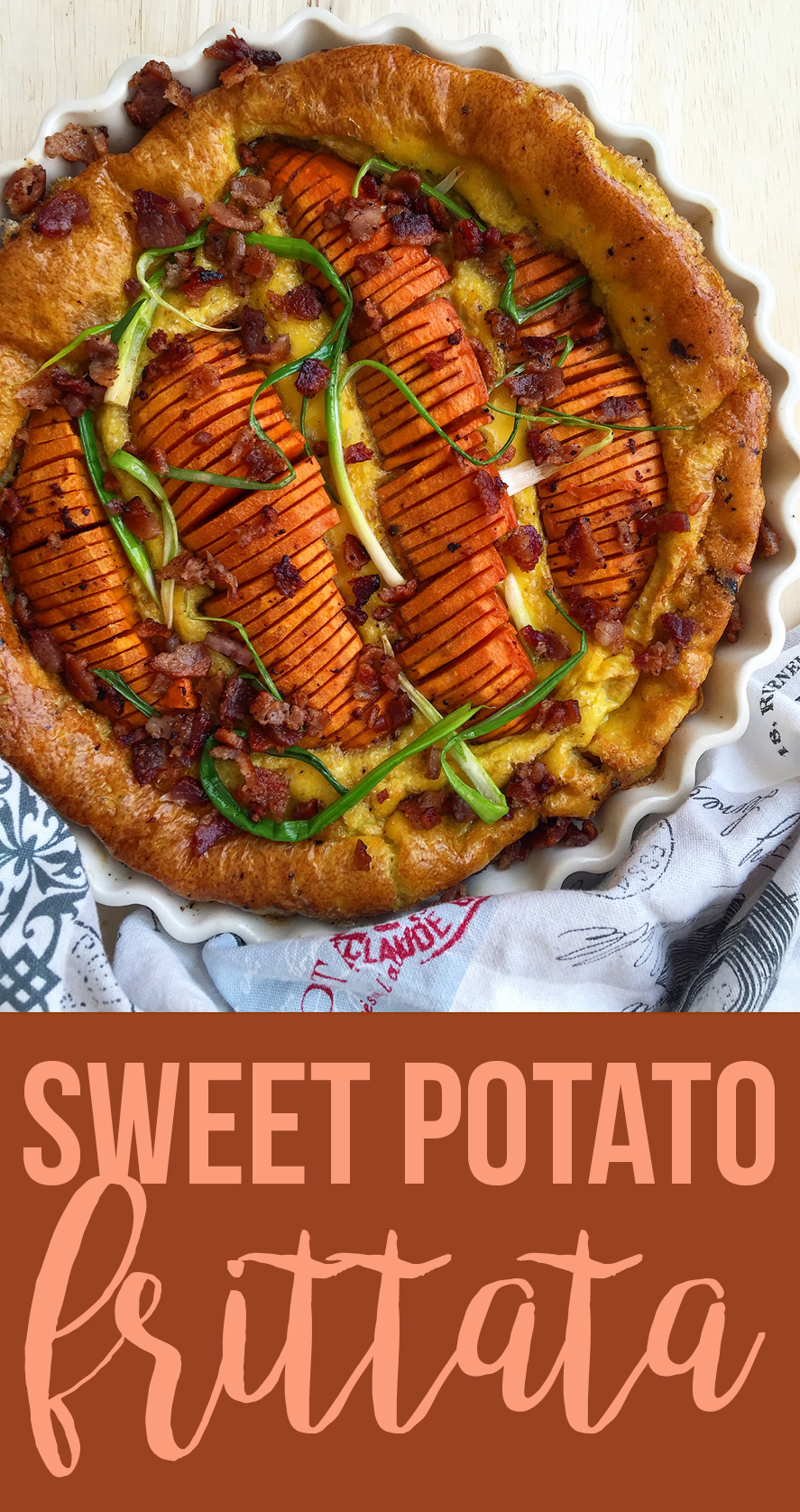