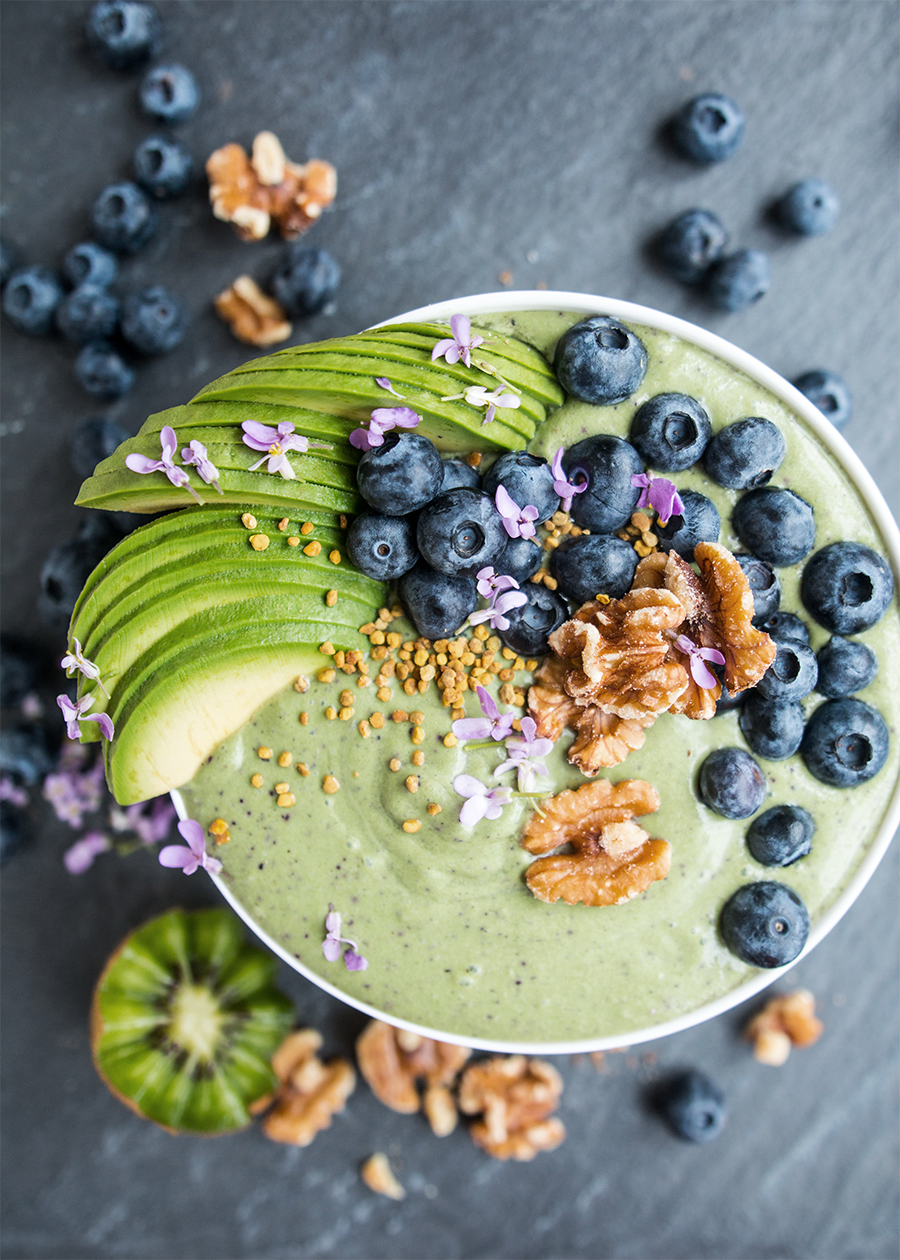 What are endocrine disruptors? What do they have to do with a luscious Skin Food Smoothie, that combines an all-star lineup of blueberries, walnuts, spinach and kiwi? The World Health Organisation (WHO) defines an endocrine disruptor as “an exogenous substance or mixture that alters function(s) of the endocrine system and consequently causes adverse health effects in an intact organism, or its progeny, or (sub)populations”. In layman’s terms, endocrine disruptors are hormone altering chemicals (which sounds like the premise of a moody dystopian novel, but is in fact reality).  Since the endocrine system regulates important biological processes in the body, including development of the brain and nervous system, growth and function of the reproductive system, and metabolism and blood sugar regulation, as well as the functions of the ovaries, testes, pituitary, thyroid, and adrenal glands… endocrine disrupting chemicals (EDCs) are a cause for concern, to put it mildly.

The WHO and the United Nations released an endocrine disruptor report in 2012 calling them a “global threat” to fertility and the environment. The report explores the effects shown in wildlife or experimental animals (which may also occur in humans, since endocrine systems are very similar across vertebrate species) if they are exposed to EDCs at a vulnerable time and at concentrations leading to alterations of endocrine regulation. “Of special concern are effects on early development of both humans and wildlife, as these effects are often irreversible and may not become evident until later in life.”

So, how can contact with EDCs be minimized or avoided? It’s important to know that EDCs are commonly found in drinking water, plastics, and in cleaning products and cosmetics that are absorbed through the skin. Hence this Skin Food Smoothie, created to nourish the largest organ in our body that is commonly under assault by EDCs.

The Environmental Working Group has compiled a list of the 12 Worst Endocrine Disruptors (BPA Dioxin, Atrazine, phthalates, Perchlorate, fire retardants, lead, arsenic, mercury, perfluorinated chemicals, Organophosphate, pesticides, glycol ethers) with advice on how to avoid them. They have also created an entire database of cosmetics, to help us educate ourselves on the risk levels of the products we have incorporated into our routines. Since much of what you put on your skin reaches your bloodstream, take a moment to determine whether or not your beauty products and cosmetics to your body burden of toxic chemicals.

Now, this highly-customizable Skin Food Smoothie is a delicious way to positively impact your skin. While it’s somewhat difficult to determine which claims are substantiated by research, some foods are more commonly associated with firmer, younger-looking, clear skin more often than others (Google it): blueberries, leafy greens such as spinach, kiwi, and walnuts. While fish is often cited as one of the top foods to promote skin health, it doesn’t quite work in a smoothie! 😉 I added avocado for its creaminess and beautiful green color, plus coconut cream to tie it all together, and a sprinkle of bee pollen and edible buds as garnish. 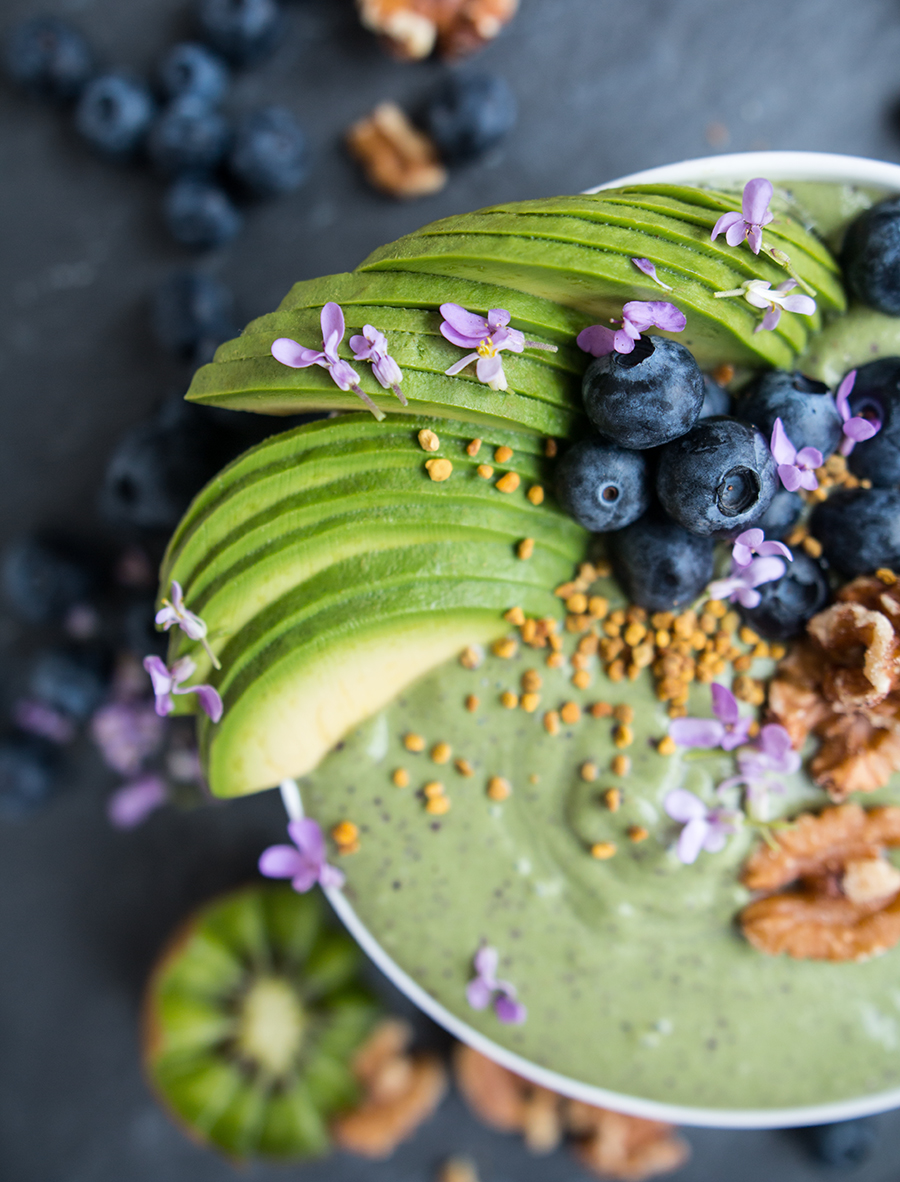 You’re welcome to add and subtract ingredients according to your preferences, the important thing is to minimize your skin’s contact with disruptive chemicals, and encourage its health with beneficial ingredients in your homemade meals.