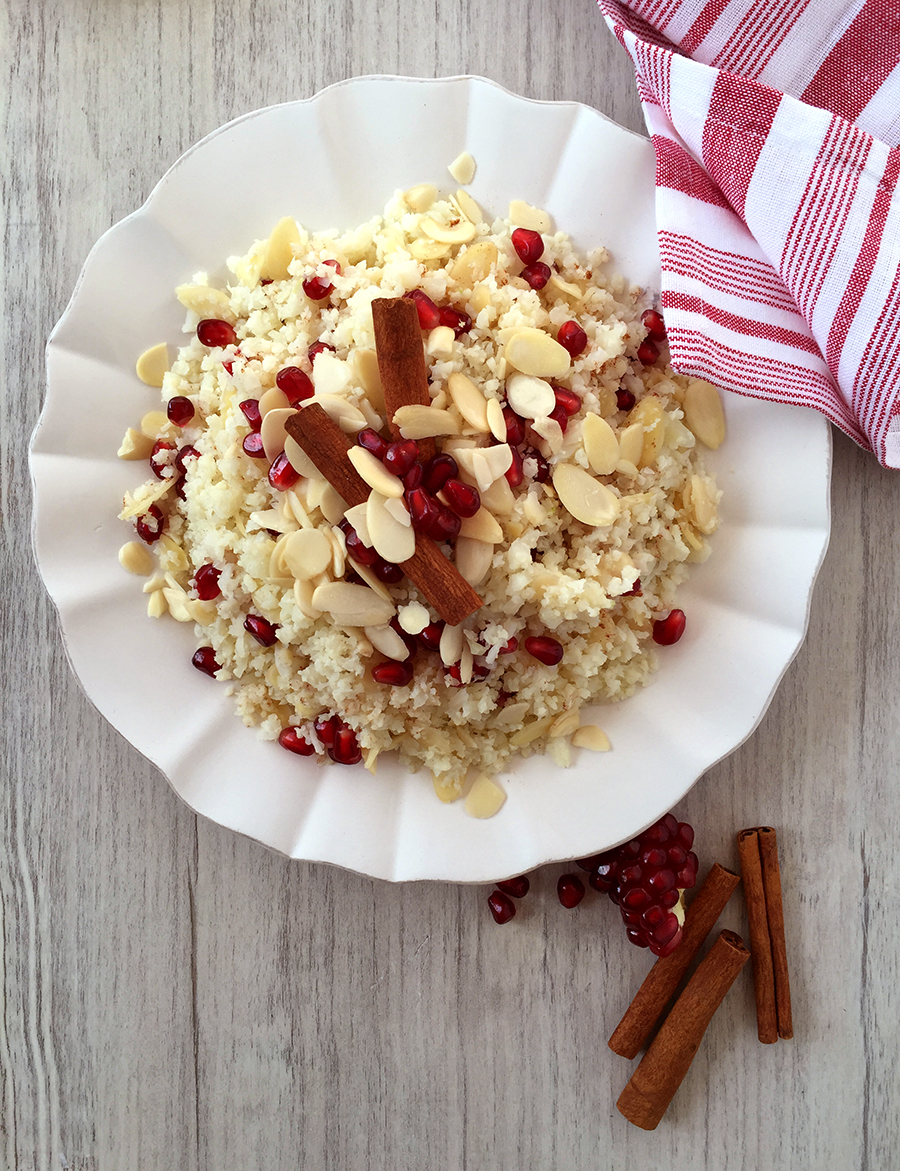 This is a recipe that would make a fantastic Valentine’s Day side dish. So many times, it’s all about chocolate, candy and dessert on Valentine’s Day… but if you’re going to be making a home-cooked dinner for someone special, then consider this for your vegetables side. 😉

When I was a little girl, one of my favorite fairy-tales was the story of Scheherazade and the Sultan in The Arabian Nights. The legend goes that a mythical Persian king once discovered his wife to be unfaithful, and began to exact gruesome vengeance on the female gender by choosing a woman to marry each evening, and then sending her away to be beheaded the next morning. The residents of his kingdom lived in terror, until one day a beautiful, fearless and particularly clever young woman named Scheherezade volunteered to be married, crowned, and executed in accordance with the sultan’s daily habit (yikes).

Once the sun set, Scheherazade began to entertain the Sultan with the narration of a fantastical tale. He listened intently as the hours passed, fully immersed in her story, until the sun rose before Scheherazade could complete the tale. The Sultan spared her life for one day to finish it the next night. Scheherazade finished the tale, and then began a second, even more exciting story, which she again stopped before completion at dawn. The Sultan spared her for another day to finish the second story.

Night by night Scheherazade kept the Sultan captivated by her tales, and day by day he spared her life in eager anticipation of finishing the previous night’s story. After 1,001 nights, and 1,000 stories, Scheherazade told the king that she had no more tales to tell him. But during these 1,001 nights, the king had fallen in love with Scheherazade, and made her his queen for life. 🙂 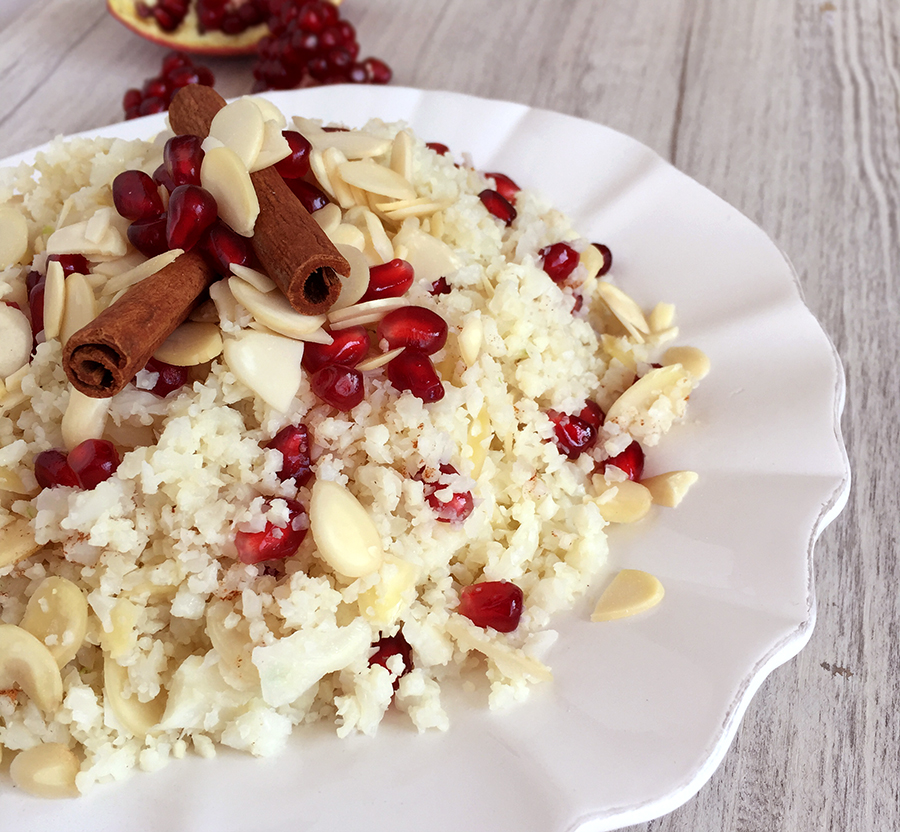 The warmth, sweetness and spice in this recipe for cauliflower with cinnamon, almonds and pomegranate seeds would make it a perfect fit for the Sultan’s dinner table in this legend. If you’re looking for a quick and simple way to transform basic cauliflower “rice” into something exotic, this is your (magic carpet) ticket. The cinnamon lays the foundation for the pomegranate seeds to shine with mini bursts of tart sweetness… in addition to literally shining like little rubies for a beautiful unusual look! Slivered almonds add texture and crunch, and I encourage you to experiment with adding mint as garnish to this dish for an extra finishing touch to the layers of Persian flavor.