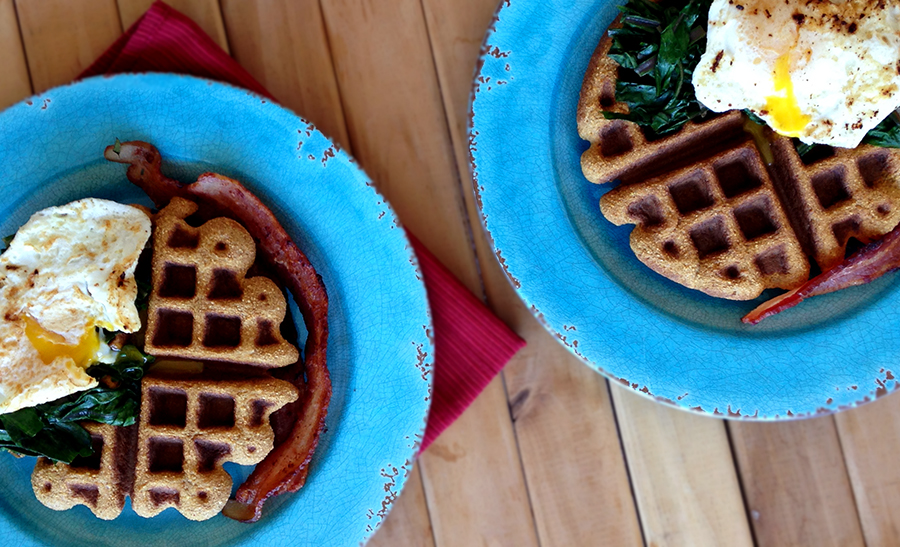 Who’s ready for sweet potato waffles? I call these savory sweet potato waffles because there’s no “added sugar” in the form of honey, agave, maple syrup, coconut sugar, dates, etc. There’s just coconut flour, eggs, coconut milk, salt and cinnamon. Cinnamon is one of those fun ingredients that seems to trick your taste-buds into thinking you’re eating something sweet when you’re not. At least, it does for me! So, I added it here to keep things interesting, but the cinnamon flavor is super subtle.

These are also titled savory sweet potato waffles because I loaded them with fried eggs and bacon (served with sautéed dandelion greens, too, because… veggies!) but they’d also be delicious if you choose the whipped cream and fruit route.

One final note: of course these are grain-free and dairy-free, but I made an effort to keep these nut-free too. My apologies to the folks out there with egg and coconut sensitivities, however! 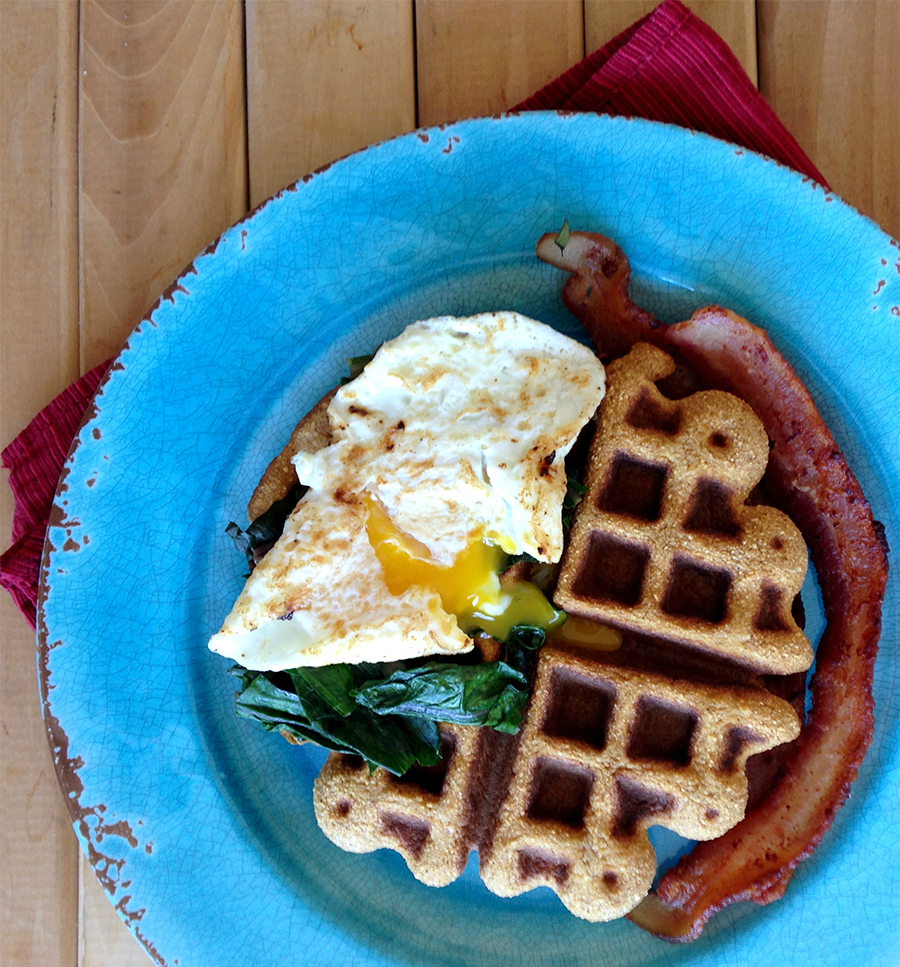