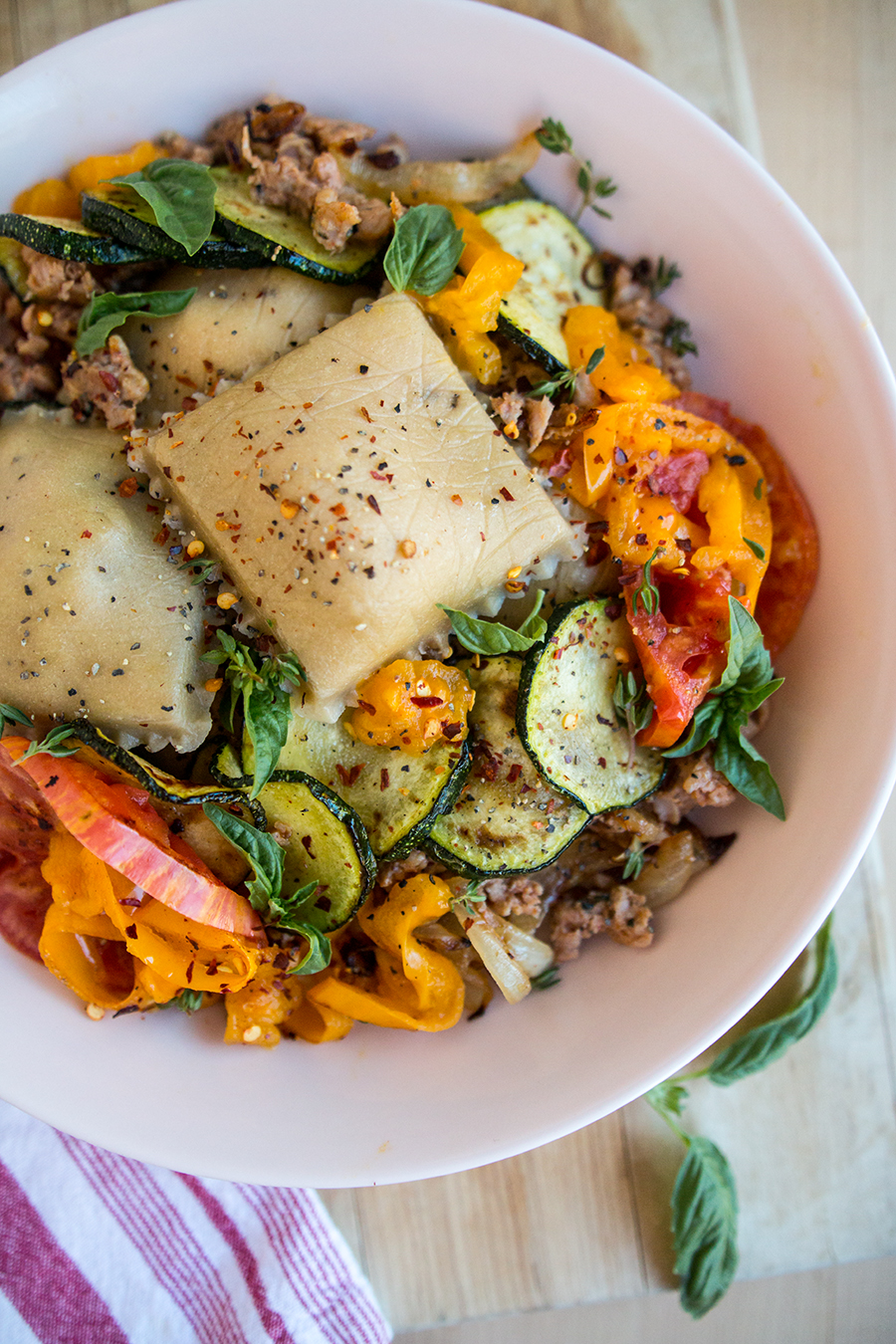 I made this Date-Night Spicy Sausage Stuffed Ravioli solo, but I definitely think the effort is better split between two people… So make a date night out of it or give it a whirl with a friend or roommate. 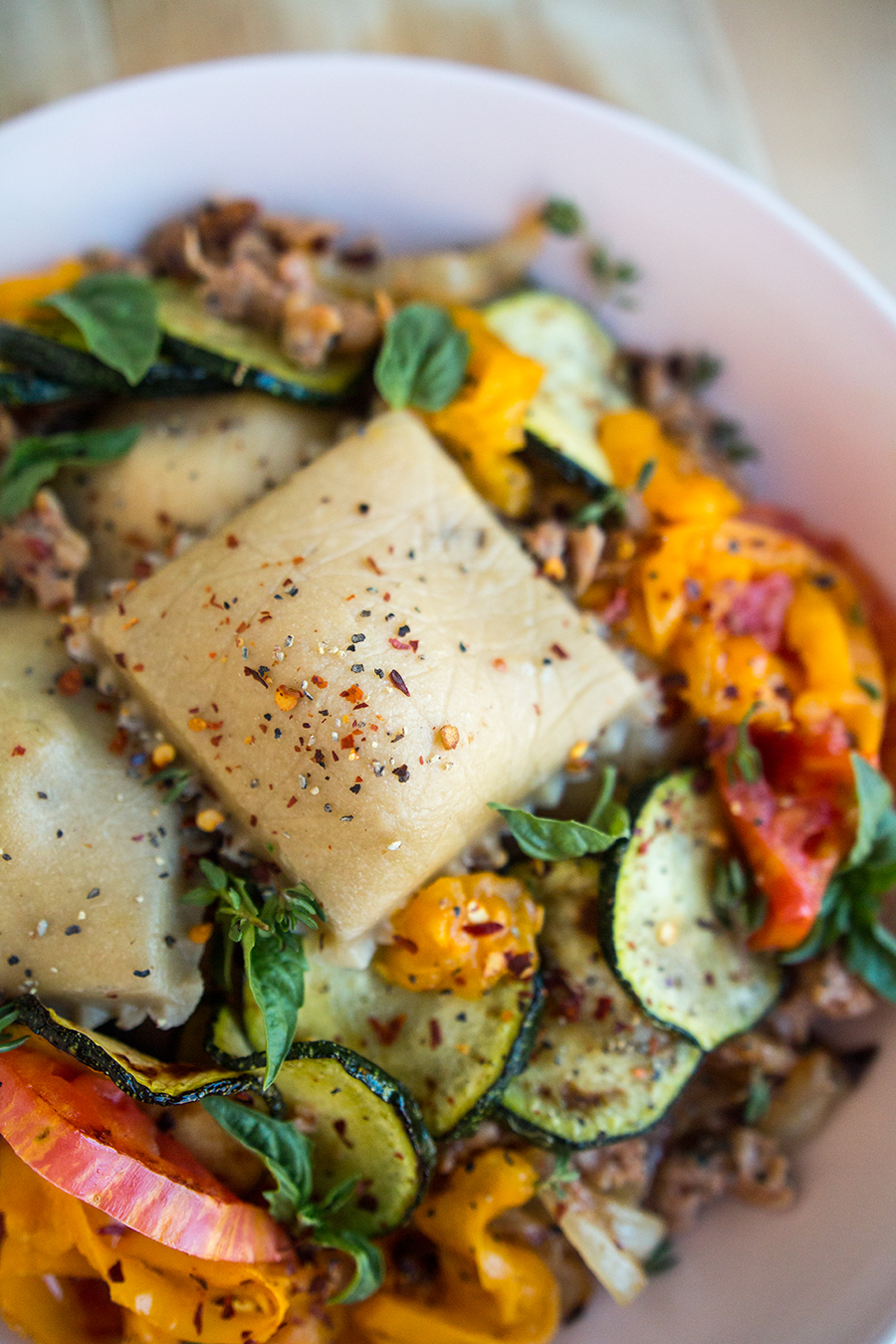 I am making use of fresh, seasonal ingredients here, so I skipped any type of labor-intensive prep of the vegetables and instead opted to let their natural flavor be the star of the show. The ravoli takes some doing , however, so after the sausage and onions are cooked then take a pause to make the dough and get them prepped before starting with the zucchini and tomatoes.

This is the second recipe featuring the real pastured poultry of the Pasturebird farm. Read my first post on the topic, Loaded Sausage Breakfast (Introducing Pasturebird), if you haven’t already. The reasons to support pastured poultry are many, and important. The tl;dr version of why Pasturebird’s product is head and shoulders above conventional chicken (and probably better than what you may be buying as “pastured” at your grocery store):

The bottom line is that healthy food = healthy humans and a healthy planet.

Pasturebird takes pride in offering farm tours and maintaining a gold-standard level of transparency, because the industry is infamously rampant with misleading claims and exploitation of consumer misinformation regarding labels.

That’s new one: “wild hen” “free to fly” “no stimulants”. And since when have chickens been naturally vegetarian? pic.twitter.com/V5DpNJkE5d

So take a look at Pasturebird—which ships nationwide and offers subscriptions—when choosing your sausage for this Date-Night Spicy Sausage Stuffed Ravioli. I had a great time mimicking the herbal spiciness of the sausage itself with the fresh herbs and chili flakes as garnish. 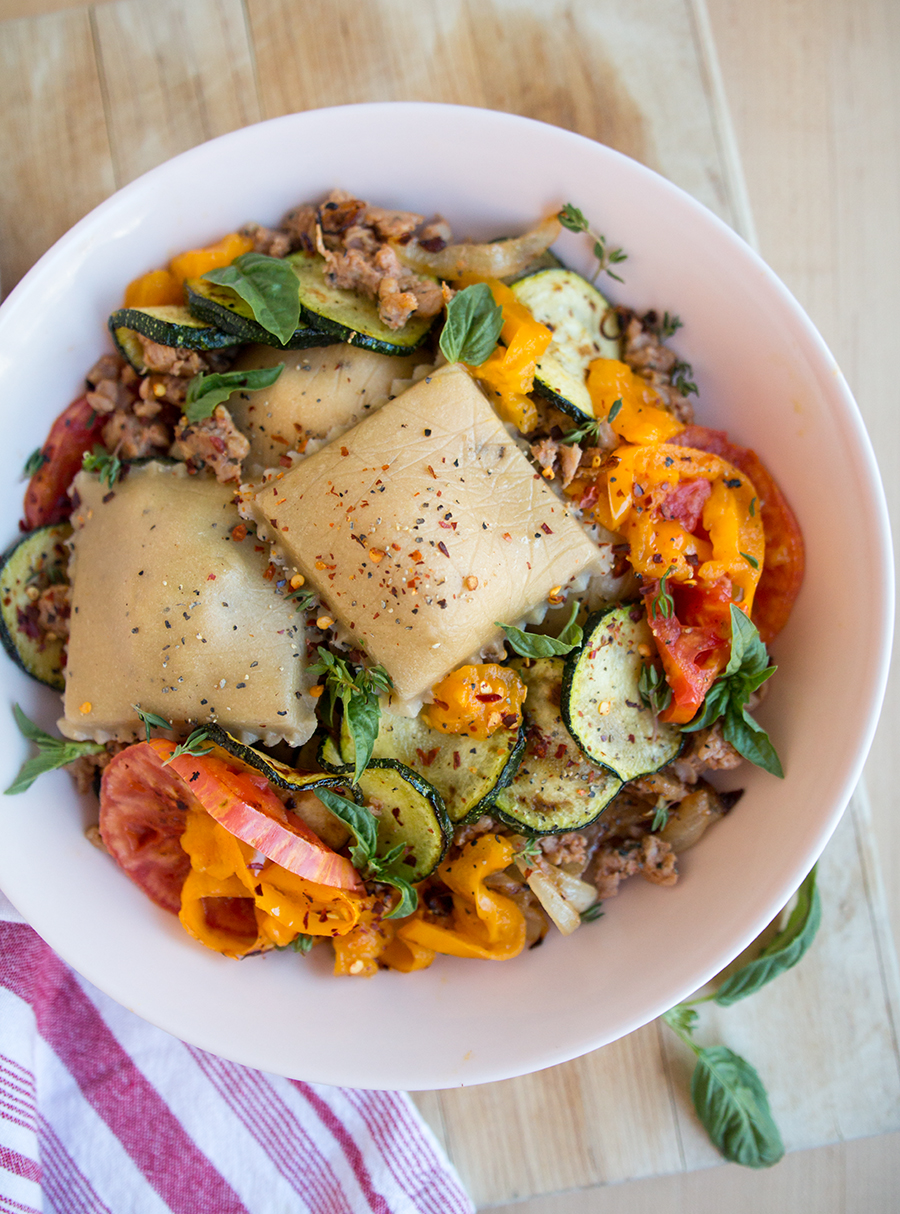 It’s the first time I have attempted homemade ravioli, and I found a recipe for four ingredient cassava-flour ravioli that I used with good results, if you’re in the market to keep it grain-free.  Enjoy!