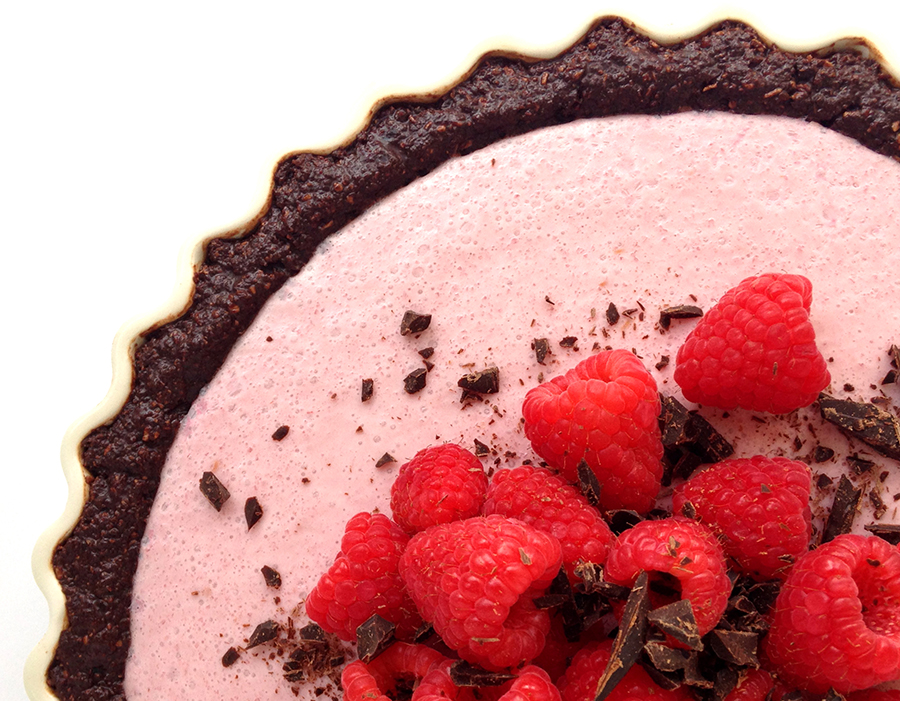 This recipe was 100% the impulse of a moment. When the calendar flipped to August a few days ago, I happened to think “I wonder which weird holidays happen in August?” You know, weird holidays in the International Bacon Day or National Donut Day category. Well, the first one I found was National Raspberry Cream Pie Day! Too hilarious to pass up. So, I invented this recipe late July 31st… and really the “cream” in Raspberry Cream Pie here is misleading, because there’s no cream. At least, not the type that comes from cows. BUT if the think stuff on the top of a can of coconut milk counts as cream to you, then there’s for sure cream in this Raspberry Cream Pie.

I also decided to make it raw, and to use chilling as the setting mechanism instead of baking (although the filling is still reasonably firm at room temperature IF you let it set in the refrigerator for at least 2 hours initially) because who wants to turn on their oven in the heat of August? Maybe that’s why National Raspberry Cream Pie Day is this month: because no one wants to use their ovens. That’s my theory and I’m sticking to it!

Anyway, this came out extremely well for a recipe developed on the spur of the moment in sole honor of National Raspberry Cream Pie Day. The filling is softly sweet plus a little tart, with a wonderful, unusual whipped quality to it. The crust is where the real heavy-hitting sweetness is (I’ve heard the term “fruit is Nature’s candy”, and that’s definitely true of dates). Combine them with cacao powder and you’ve got a result that tastes startlingly like chocolate! Be sure and take the Raspberry Cream Pie out of the fridge a half hour before you intend to serve it, however, or the crust will be too firm to cut.

One note about gelatin, which may be used regularly in your kitchen: gelatin is a translucent, colorless, flavorless substance derived from the collagen found in animal bones. It is commonly used as a “setting” agent in food, pharmaceuticals, photography, and cosmetic manufacturing. It really has interesting properties, and can be a great ally when you need to firm up or set something in cooking or baking without using eggs or some other binder that will effect taste, or texture, or the balance of wet ingredients to dry ingredients.

You may have seen gelatin in your local grocery store, and may be tempted to purchase it because it’s inexpensive and readily available, but it is important to remember that healthy food cannot come from unhealthy animals. Conventional gelatin is a by-product of conventionally-raised animals, which (in our current food system) unfortunately means the animals spend their short, uncomfortable lives in the unnatural conditions of feed lots. Prone to infection from standing crowded in their own waste, these animals are pumped full of antibiotics…which results in imbalanced gut flora and a situation ripe for food-borne illness such as E.coli contamination. Another issue is that the conventional feed which most livestock eat largely consists of genetically-modified grains, which is a cause for concern by many who are attempting to eat a natural diet.

That being said, there are many health reasons to consume gelatin, provided it comes from healthy and humanely-raised animals! Benefits include skin health, anti-aging, and the prevention of stretch marks and cellulite (gelatin is a rich source of dietary collagen), strong teeth, hair and nails (due to gelatin’s abundance of minerals like calcium, magnesium and phosphorus), liver detoxification, hormone balance and good digestion (the glycine in gelatin assists the liver in detoxing from exposure to chemicals in our modern environment, prevents the body from producing excess estrogen, and assists the stomach in the healthy absorption of nutrients). In addition to these, there are many more ways in which the minerals, proteins and amino acids in gelatin work to improve health. The gelatin that I recommend can be found here. 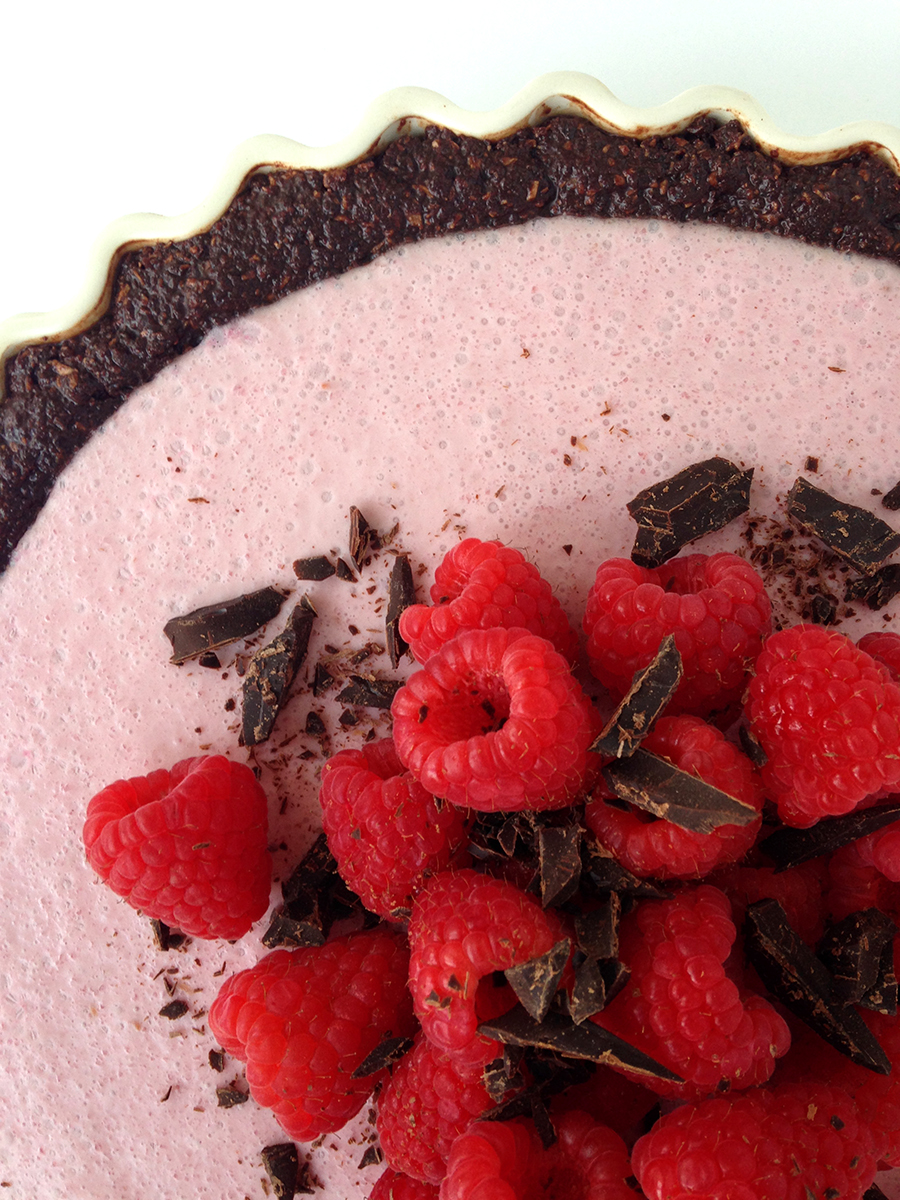