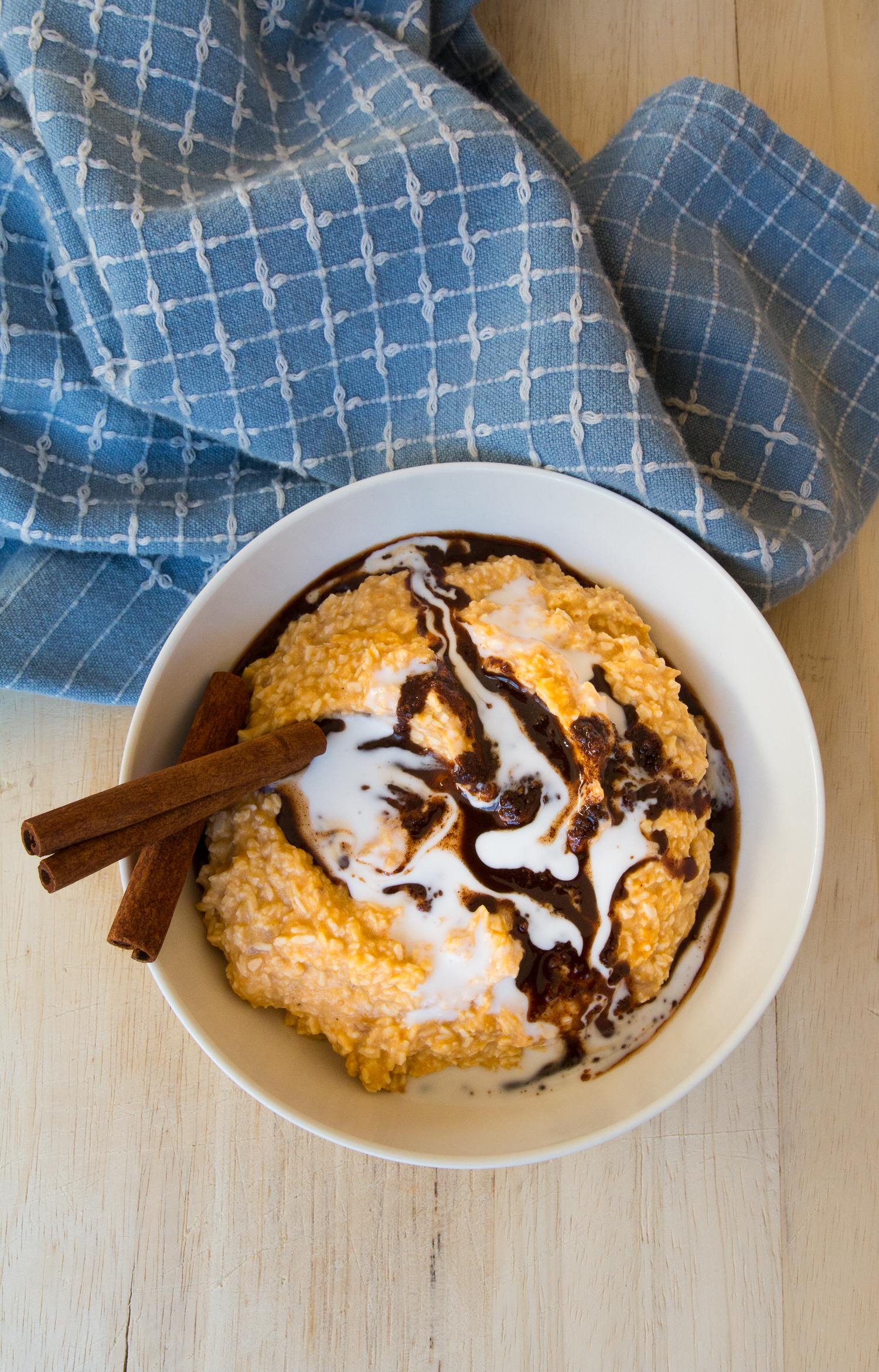 Fact: cereal is my favorite unhealthy temptation. Do you remember the hullabaloo last month over the news that a surprising number of drunk vegetarians eat meat? Well, if I’m going to indulge after a night of fun… it’ll be cereal. So when I saw Recipes to Nourish’s Cinnamon Roll Oatmeal, I couldn’t wait to give it a happy holidays, grain-free spin. My pumpkin cinnamon roll n’oatmeal is a very pared-down version, and while I had more developed plans for the white drizzle, when it came down it? I decided in favor of simple coconut milk. And it didn’t suffer at all! This tastes sweet and festive enough with the banana and pumpkin in the n’oatmeal (plus the coconut sugar in the cinnamon swirl) without doing anything complicated. 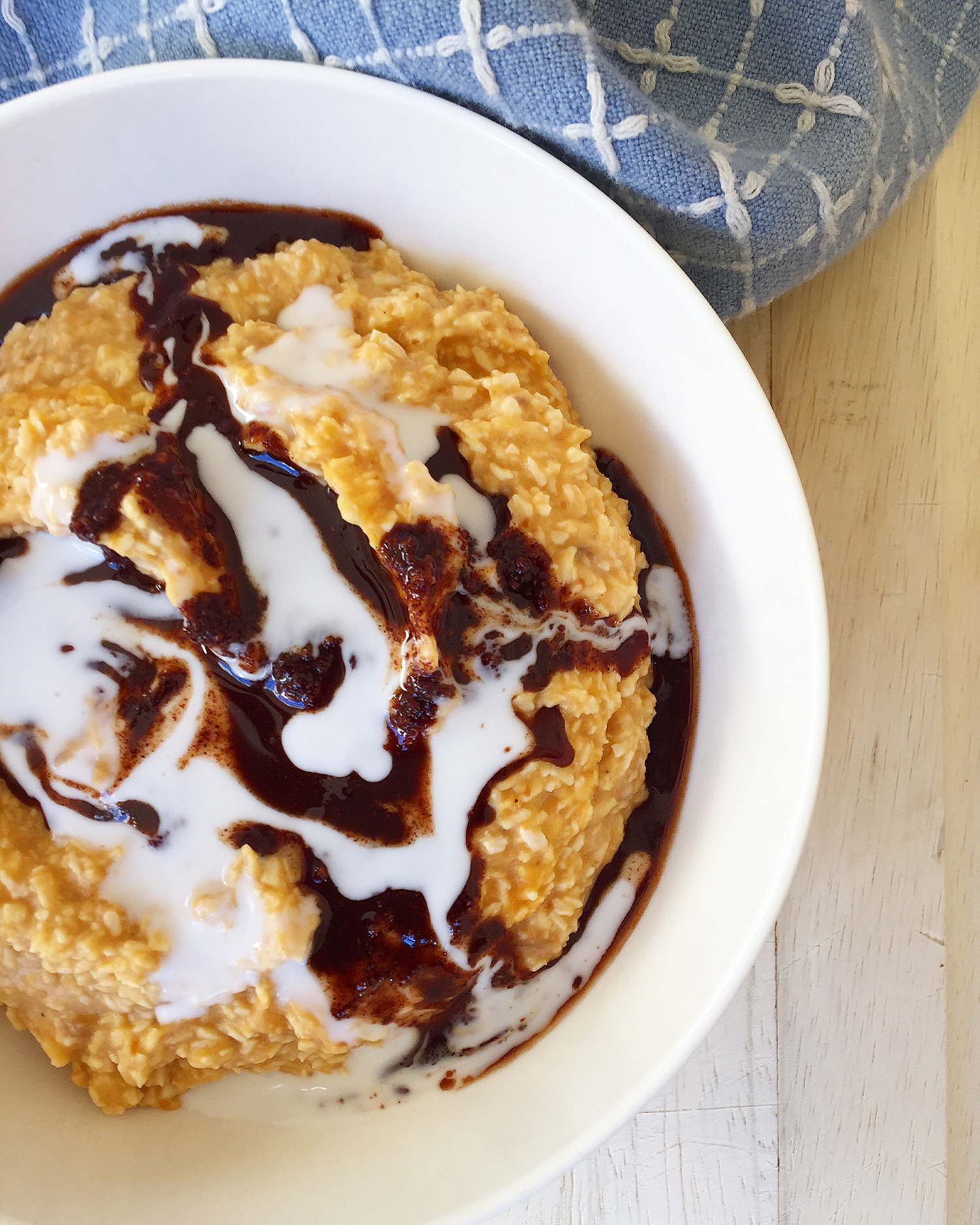 Let me tell you: I didn’t intend to eat a bite of this after photographing it, and then I looked down at it and ate half a bowl. It’s that fun and tasty! Perfect for a holiday morning (or as a late-night snack that won’t completely undermine your wellness goals). Play around with using butternut squash or even sweet potato puree if pumpkin isn’t readily available. Just load everything into a food processor, stir together the topping, drizzle and then enjoy! 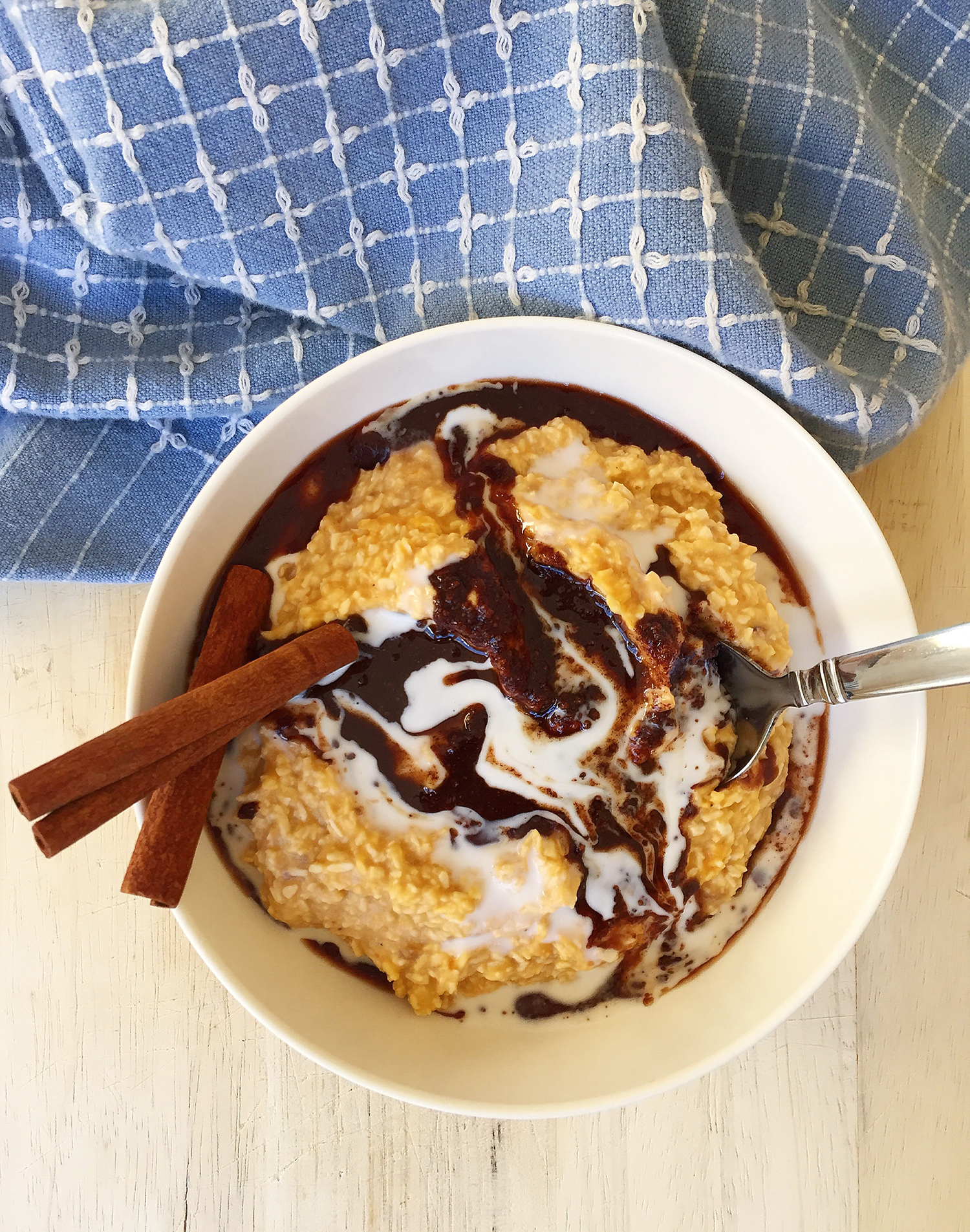