Sometimes I get a craving for Indian food. Warm, thick, spicy, creamy… and vindaloo–a tangy, spicy curry from Goa, India that was originally brought to the region by Portuguese colonists–is a particular favorite of mine. There are plenty of great Indian restaurants in San Francisco, but the only way I really know I’m eating clean these days is to make it at home. Luckily, this recipe is huge fun and can be made in a series of steps.

I prefer starting with whole spices and grinding them myself for a richer flavor. If you’re like me, however, you have zero patience for spice grinders. So I adapted this to make it blender-friendly! Purée long enough that the whole cloves, peppercorns and fenugreek seeds are totally broken down (approximately five minutes or until the paste steams).

One last note: this recipe has a bit of spice. The starchy sweetness of the Japanese sweet potatoes helps to alleviate some of the heat, but see recipe notes for suggestions on how to make a milder vindaloo. As for the meat, I made this recipe with chicken but lamb or goat meat is also a great choice. 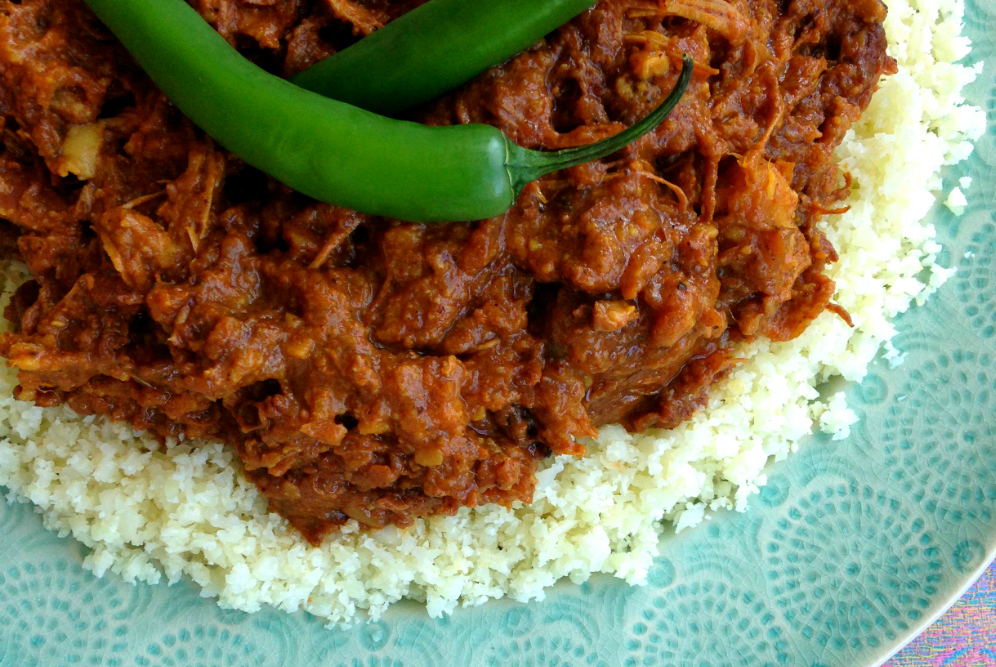