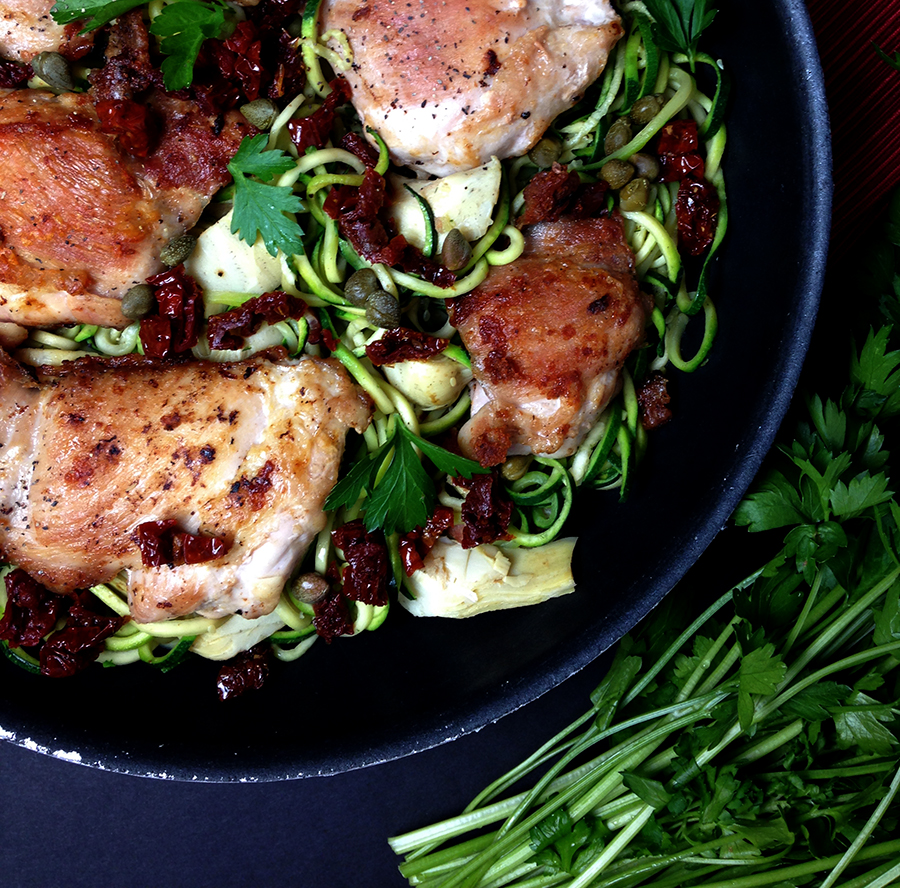 This Chicken Scallopini is quite non-traditional. But that never stopped me before, and this version is delicious in its own way. I’d say it tastes both rich and fresh at the same time… although you might think that those are mutually exclusive characteristics! Traditional scallopini is made with noodles, mushrooms, broth, white wine and cream. Very heavy, and not Paleo in the slightest.

Mine uses the strong, salty flavors of bacon, sun-dried tomatoes and capers (and balances the meatiness of the chicken thighs with plenty of vegetables in the form of artichoke hearts and zucchini noodles). This recipe also features a non-traditional treatment of the meat: it’s not sliced thin or pounded out! Feel free to do either, but I opted for the short-cut of using chicken thighs as is. 🙂 Many thanks to Tanya from Feed the Clan for her (Primal) recipe that’s the foundation for my Paleo Chicken Scallopini! Although mine and hers differ quite a bit, there’s nothing like other bloggers for a spark of inspiration. One last thing: this is a one-pot meal! Or one skillet, as the case may be. Easy, peasy. 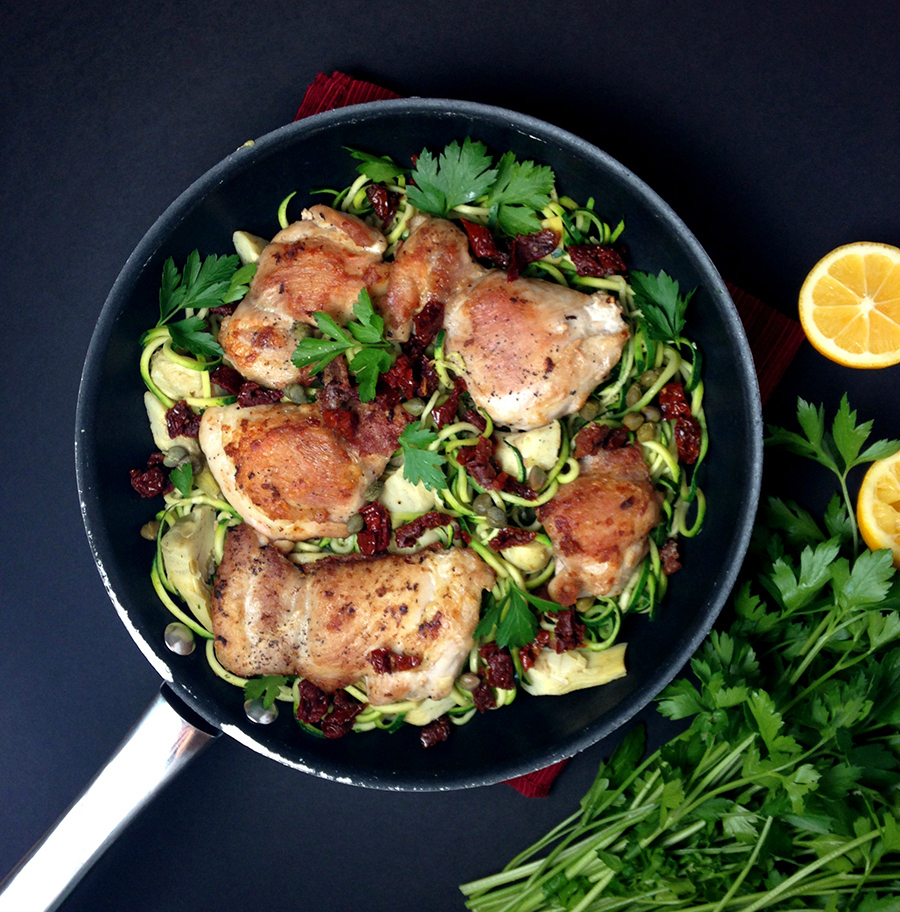