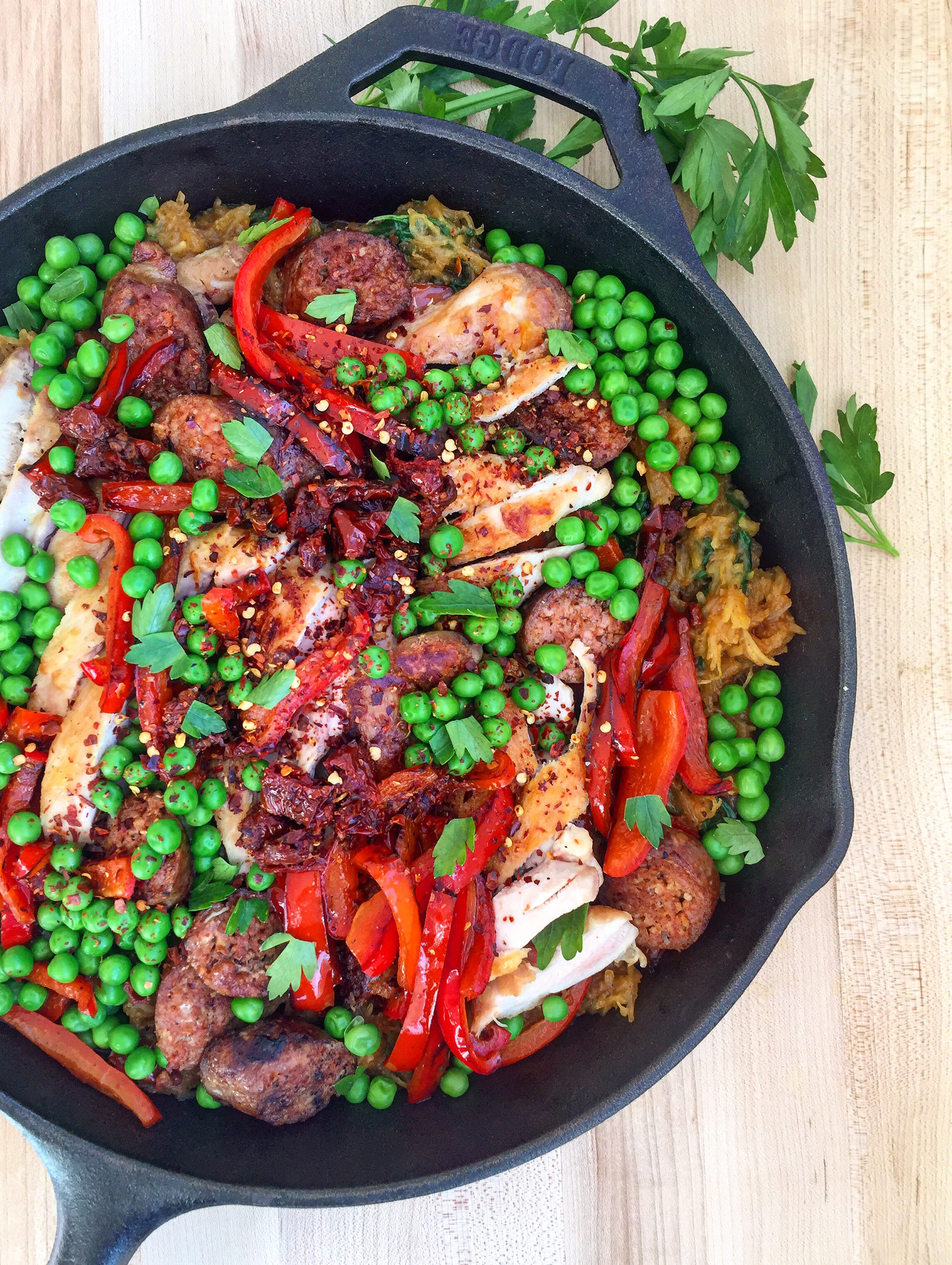 To be honest, this Spaghetti Squash Chicken Chorizo Skillet is a riff on grain-free paella. But… I forgot the shrimp, so it has no rice, no seafood, and no right to be called any type of paella. But! It does have golden chunks of chicken and savory slices of chorizo on a bed of smoky paprika-spiked vegetables, so I think it still has a lot of tastiness to offer. I made it for a paleo potluck with a few CrossFit friends this past weekend and this recipe made enough for all of us to sample a bit, plus leftovers for breakfast the next day.

In addition to being massive, and an explosion of flavors and textures, I consider this a winner because its use of a single skillet means minimal cleanup, and the substitution of spaghetti squash for rice means it’s delightfully seasonal. I’m always excited to see the varieties of winter squash arrive in the markets, and spaghetti squash (with its quirky threads) is a particular favorite. 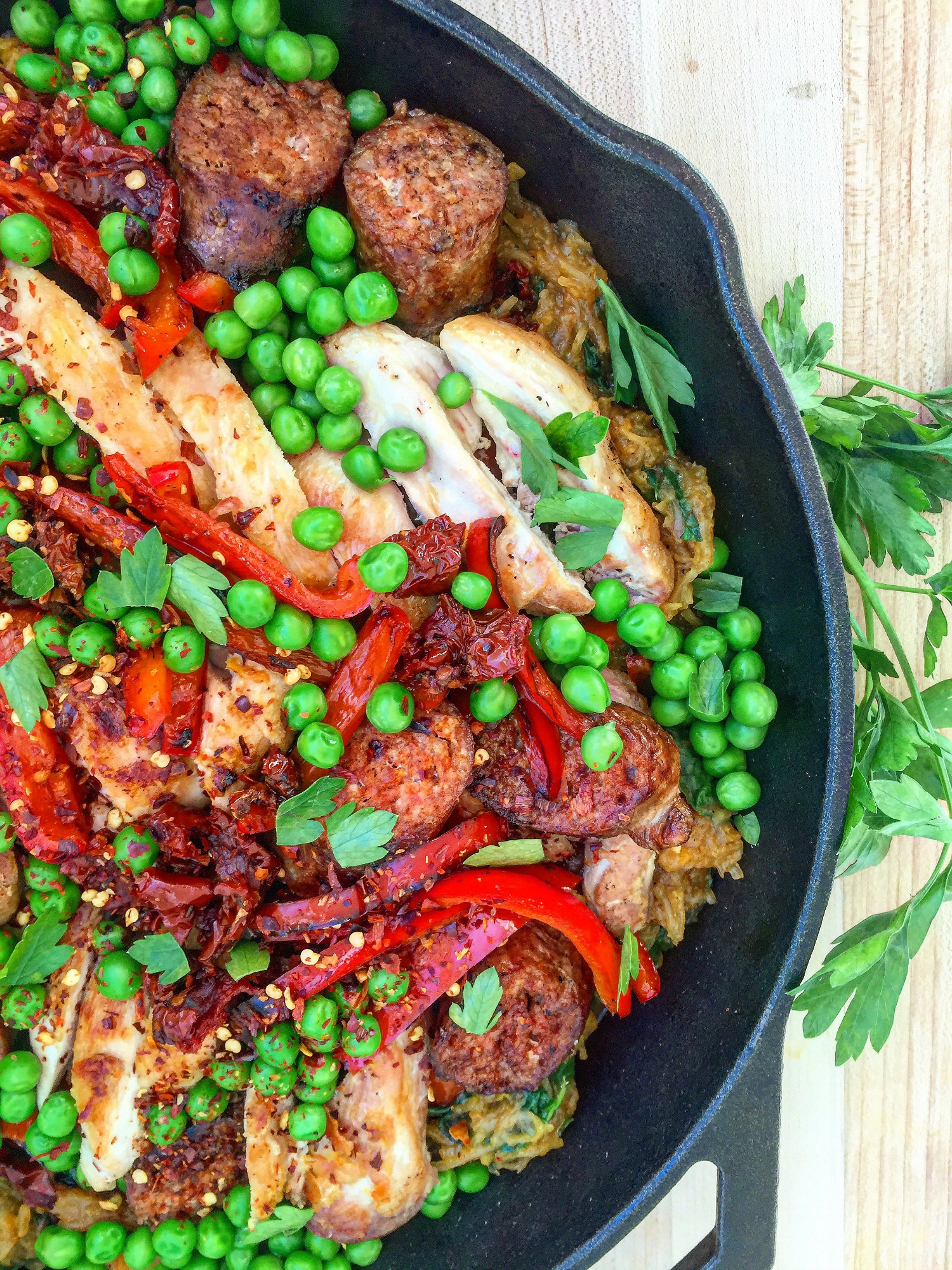 If you can’t find spaghetti squash, peel some sweet potatoes and shred them in a food processor before cooking them until soft in coconut oil… insert this step after cooking the chorizo but before softening the peppers. You should also play around with swapping different vegetables in according to your preference, or streamlining this Spaghetti Squash Chicken Chorizo Skillet with just chicken, or only chorizo, or maybe breakfast sausage or even quartered boiled eggs in a pinch. Whichever way you spin it, this big beautiful babe of a recipe makes enough to share and then some. 🙂