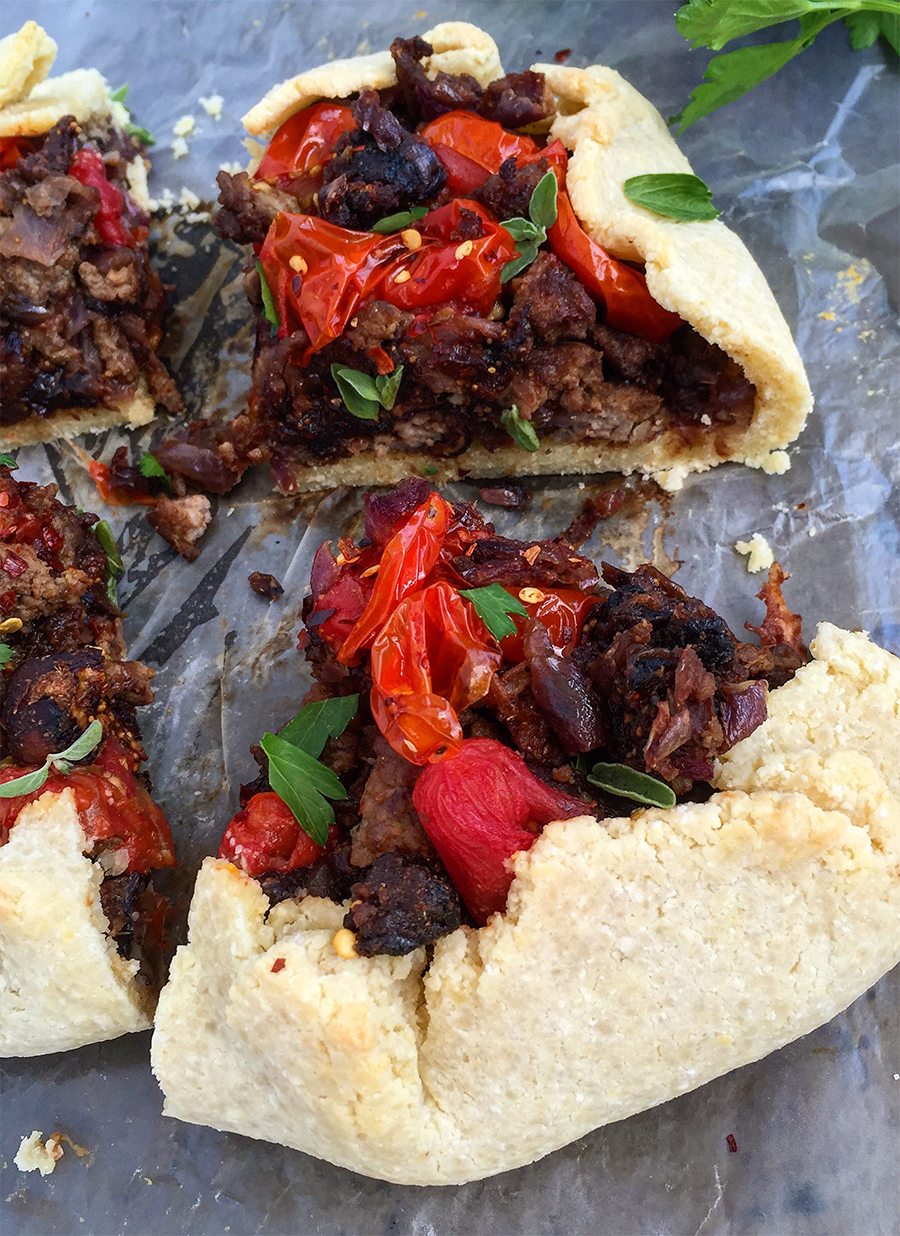 According to Wikipedia, a galette is a round and crusty cake. I’m more inclined to think of it as a pie that is not cooked in a pie dish, but instead, the pastry is folded up and around the filling, leaving a hole at the top. I wrote about forgiving grain-free baking projects in my post of a sun-dried tomato ripe olive focaccia a few weeks ago, and I consider this the next in the series: there’s something incredibly, wonderfully, authentically rustic about the untidy wrinkles of galette dough pushed up over the filling that is perfectly unfussy.  Not to mention that once you taste the filling, well. . . The flavor combination of this lamb galette is delicious mostly because the strong taste of the meat pairs well with the umami of the tomatoes and the sweetness of the figs.

The finishing touch is my favorite, however: a sprinkling of fresh herbs, particularly fresh oregano. There’s something about oregano that works spectacularly well with lamb, and tastes somehow authentic. I’m on the hunt for Mediterranean oregano (especially Greek), because I suspect that’ll be even more delicious in this recipe because it stands up very well to strong flavors like grilled meat, but Mexican oregano does work very well and is readily-accessible, so. 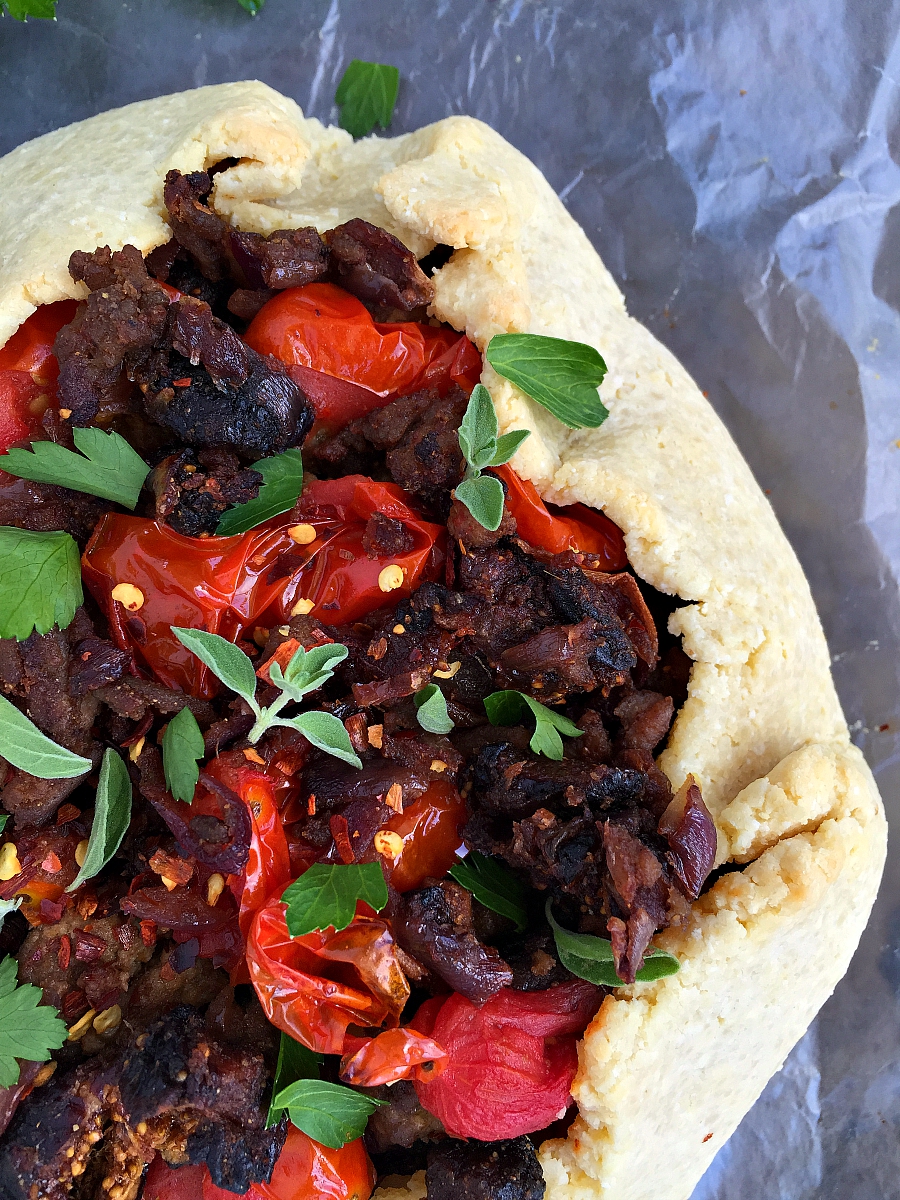