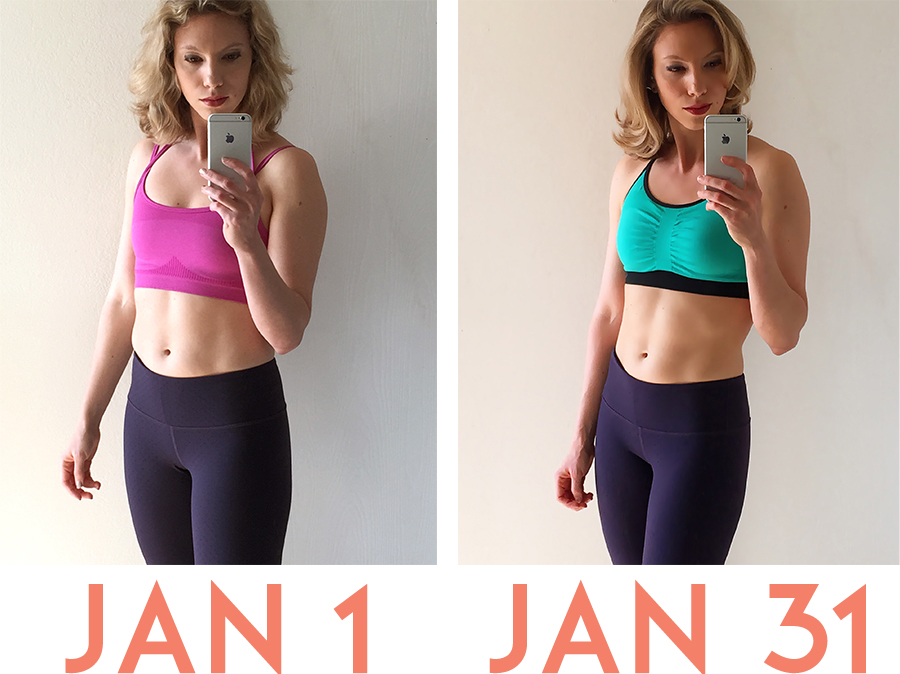 I started Fresh Planet Flavor back in 2012, in a few months it’ll be this blog’s third birthday! (Check out my very first post if you’re in need of a chuckle… there’s some seriously amateur photography). Hard to believe but in all that time, I’ve never successfully completed a Whole 30. What’s a Whole 30? It’s 30 days of fully-compliant paleo: just meat, vegetables, fruit and nuts. Cut out inflammatory, insulin-spiking, calorie-dense but nutritionally sparse food groups for a full 30 days. If you’re interested in learning the full requirements, read up on the Whole 30 program. Another way to describe it is “strict paleo” since the Whole 30 is actually just paleo eating, without cheating, for 30 days.

As a paleo blogger I eat a minimum of processed food and refined sugar, but some of my favorite cheats include dairy, booze and paleo baking! But after the indulgences of last year’s holiday season, I was at the mercy of cravings, feeling “puffy” and just very much in need of a wellness reset. While they may not be much to photograph, I’m satisfied with the results. I also learned a bit along the way, too. 😉 Read on for the healthy eating do’s and don’ts that I discovered during my first Whole 30.

Step 0: Customize the Program (No Fruit)

While the Whole 30 program does not exclude fruit, I decided to take a break from this particular food group as a personal choice. From prior experience I know that fruit sets off cravings for cheats in various forms and after I made completing the Whole 30 in 2015 a goal, I knew I’d need to avoid any TRIGGER FOODS. Best to do the program a tad more strictly than required to safeguard against failure… and experimentation is true to the Whole 30 spirit, amiright? The program is intended to be a baseline or “blank slate” on which to test for food sensitivities; my slate would just a bit, um, blanker. 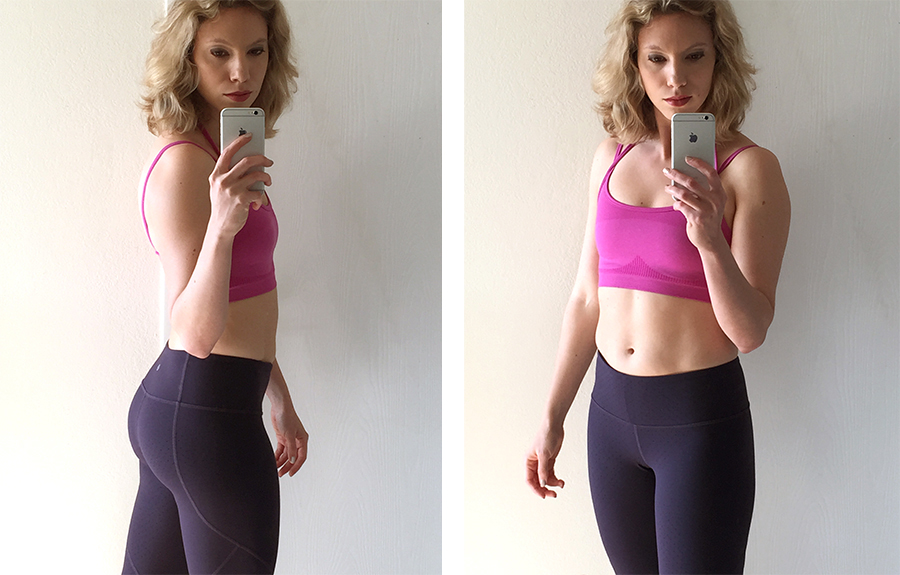 In addition to laying the foundation for progress by taking a set of “before” pictures (above), I started with some specific goals. In order of importance:

The last might seem counter-intuitive, but they say abs are made in the kitchen and that you can’t out-train a bad diet. I personally agree and whatever midsection definition I have is certainly not due to abdominal-specific exercise–since I don’t do any–but rather to body type, age, the effects of the Whole 30 program specifically plus paleo eating generally, and heavy lifting workouts approximately three times/week. I was also careful to set my expectations appropriately for #3, since my goal was to reduce to effects of a December full of cheats meals (that somehow turned into cheat days and weeks!) but not to lose any specific number of pounds or achieve any specific clothing size.

This was probably the hardest part, and I only really got into the swing of meal-prepping in the second half of my Whole 30. I now rely 110% on my slow-cooker to churn out low-stress, effortlessly tasty meals during busy days when breakfast is black coffee, lunch is an avocado, and the only chance I have to sit down to a warm balanced meal is dinner! One of my 2015 goals as a blogger is to build up Grok Grub’s slow cooker recipe archive, you can explore what little I have so far on the slow-cooker tag.

Carb flu and cravings and “crutch foods”, oh my! Because I eat paleo regularly, I was spared any of the dreaded carb flu that folks experience when transitioning from a Standard American Diet to the Whole 30 program. Carb flu is the foggy, fatigued, light-headed, irritable feeling that comes along with removing processed carbohydrates from your diet and forcing your body to rely on something other than that cheap, easy sugar for energy. I have to admit that the sugar cravings came on something fierce, though. It really made me realize how much I was indulging in cheats like nicecream, dark chocolate and honey-soaked paleo baking! But I kept the “don’t get mad, get even” saying in mind, and the strength of the cravings bizarrely resulted in a heightened determination to finish the program without a single lapse. Some strategies to combat cravings (without over-indulging in crutch foods like nuts and bacon) include:

There comes a point in the month where the newness has worn off, your cravings have stabilized, your clothes begin to fit differently, your skin is the clearest it’s ever been, the low-grade causeless ennui and mood swings have vanished, and your life is not longer defined by the Whole 30. It recedes back into its proper definition: a nutritional program that you’re complying with at the moment, and that you’ve maintained for the majority of the month, so it’s time to just… Keep Doing What Works. To some people this period may be known as “the payoff”. 🙂

Final lessons learned? Yes, the Whole 30 is doable. Yes, there will be a plethora of positive effects on mood, energy levels, appetite and your waistline. No, it’s not a miracle cure: I still suffered from persistent low back pain, and I’ve caught a cold. My first celebratory bite of non-Whole 30 sanctioned food was amazing. But… after I finished that first bite I remembered that sugar, booze, grains and dairy are like dietary frenemies: so fun at the time, but will ultimately derail your wellness progress.

I’m taking my healthy eating month to heart. Hope you’ve learned something from my first Whole 30!