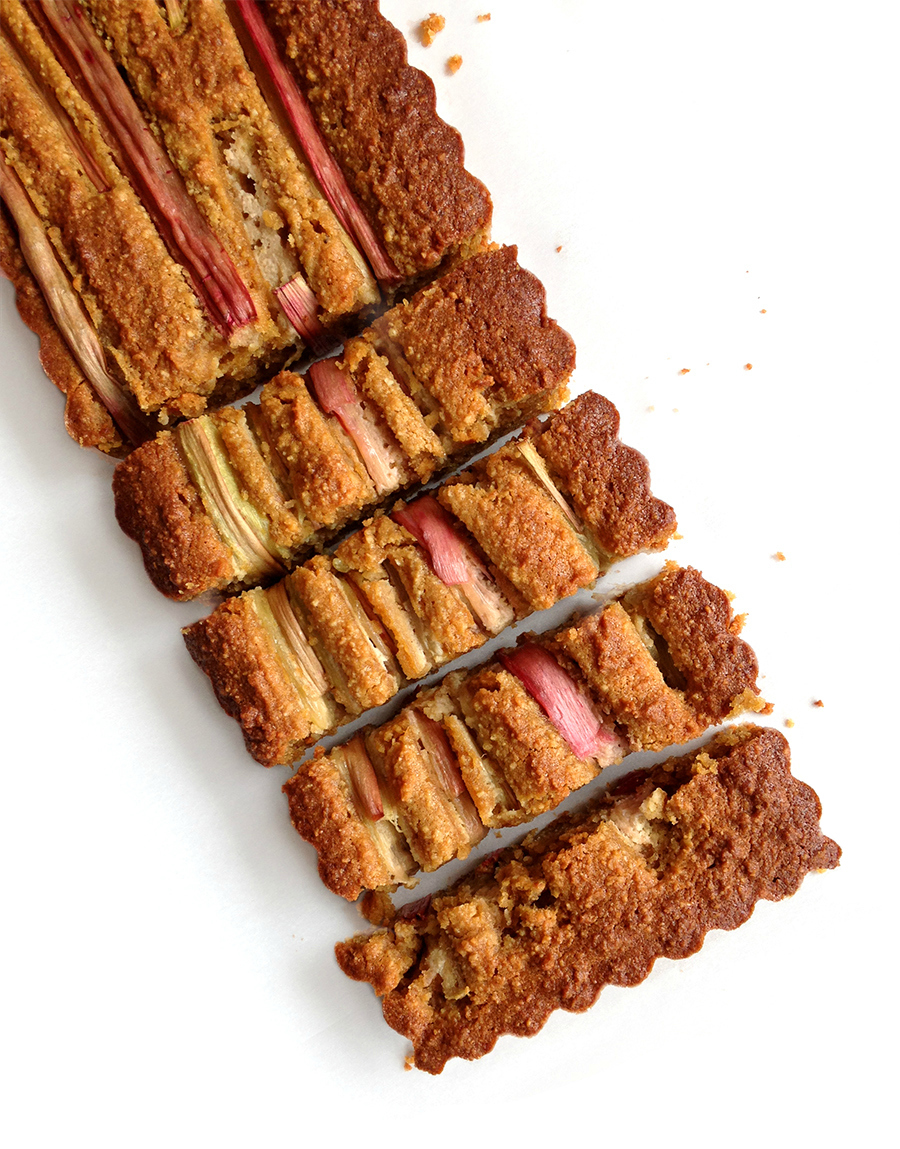 This is how I do “seasonal cooking”. I should be posting a crisp spring salad or even a leek pie… but nothing inspired me to preheat the oven like the thought of a rhubarb tart. That’s life, sometimes! ‘Tis the season for rhubarb, and I’ve been waiting to try making this tart for months! It came out as well as I hoped: the strips of rhubarb turn jammy, with the sourness mellowed by the sweetness of the tart’s soft crumb. I baked it in a pretty fluted tart pan, but when I make it again I’ll do so in something with more standard measurements.

Aside from the subject of the rhubarb tart itself, one thing I wondered as I selected my stalks at the market was whether it’s considered a vegetable or a fruit. Recipes like this one definitely confuse the issue! I did a minimal amount of research and found out that it’s legally considered a fruit! From Wikipedia: “Rhubarb is usually considered a vegetable. In the United States, however, a New York court decided in 1947 that since it was used in the United States as fruit, it counted as a fruit for the purposes of regulations and duties. A side effect was a reduction on imported rhubarb tariffs, as tariffs were higher for vegetables than fruits.” I learned something new, did you? 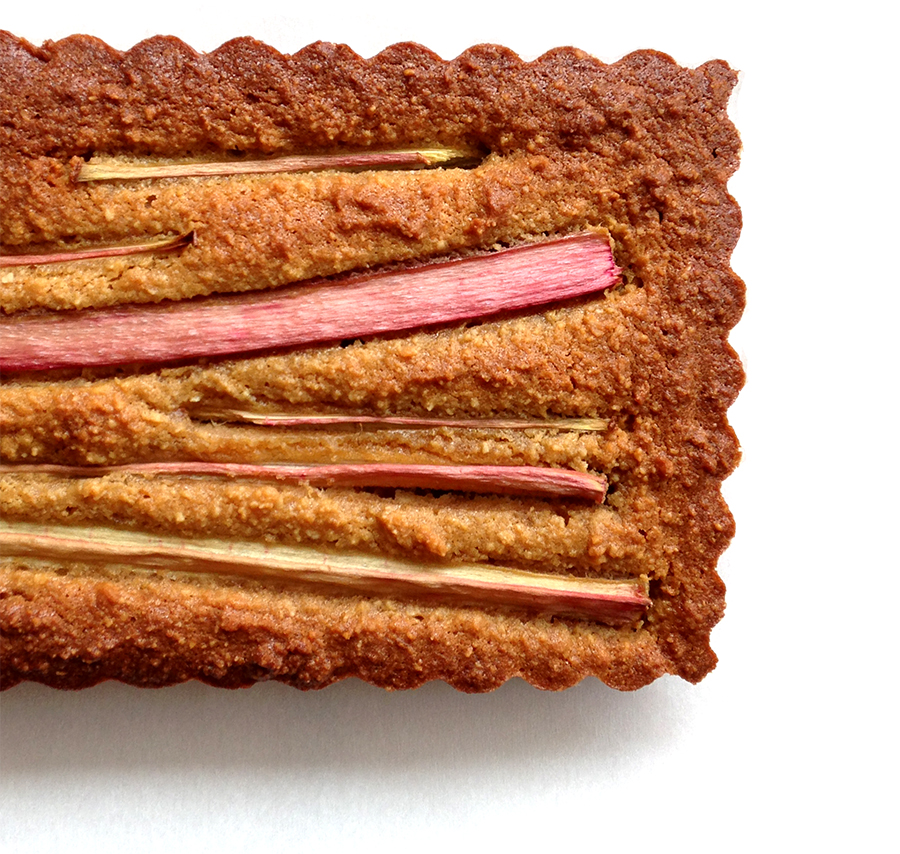 One last note, about how this tart keeps (or doesn’t, I should say). Serve it warm, and don’t plan for leftovers. The consistency is so moist that I preferred this rhubarb tart fresh-baked rather than after a stint in the fridge.