Fresh Raspberry French Silk Pie? When I heard the name for this recipe, I couldn’t imagine a more decadent and luxurious one, and the recipe has turned out to live up to it in spades. (In spades: being the language nerd that I am, I couldn’t help stopping to research the derivation of this phrase while writing this post. Turns out it has nothing to do with the gardening implement, and everything to do with spades as the highest ranking suit in the card game of bridge. Knowledge is power, kids.) Anyway, enough about language. Everyone say hello to Monica, the lovely gal behind today’s Fresh Raspberry French Silk Pie. 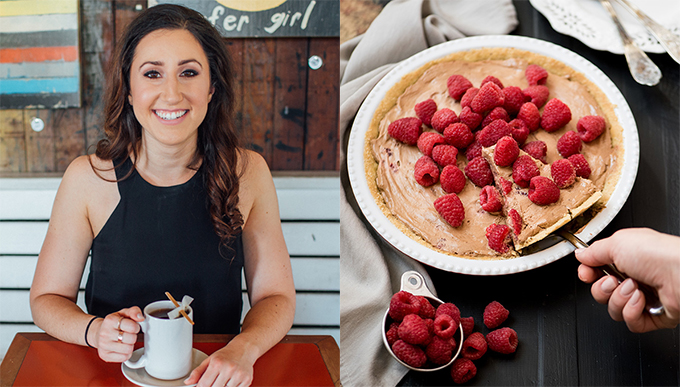 I first met Monica on Instagram (where I knew her only as @themovementmenu). But I knew she posted crazy-delicious-looking foodporn, and she was, well, one of the friendliest accounts around! Full of energy, writing back to the folks that took the time to comment, and captioning her posts with genuine bubbly enthusiasm.  Check out one of my favorite posts of her below, and give her a follow for more paleo(ish) inspo.

All these gorgeous colors give me the feels. Happy breakfast to me!!

When I heard Monica had a cookbook in the works, I reached out to share the word. Called Paleo Baking, it’s already available for pre-order (!) and will arrive September 20, 2016. Since it’s a baking cookbook, it’ll have everything from decadent layered cakes to quick & easy cookies and bar recipes, and plenty of (do I hear this right): DONUTS. Never fear if you don’t have a sweet tooth, there will be an entire savory chapter. Expect to find recipes for curried chicken pot pies (Jesus take the wheel) & pumpkin alfredo poutine (what the what). Anyway, this extravagant Fresh Raspberry French Silk Pie is just one of the dessert recipes found inside the book. 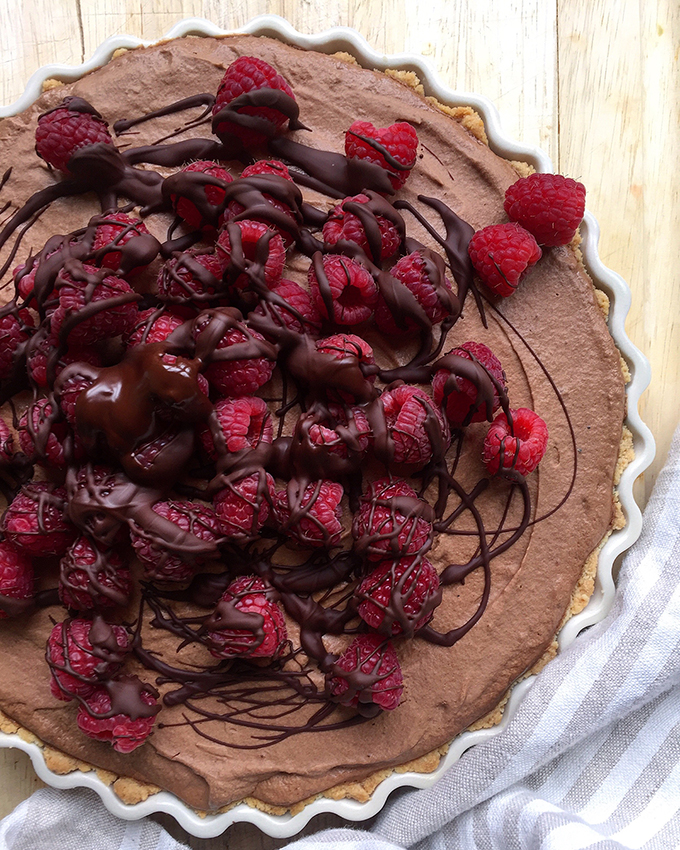 The picture above is one I took after testing the pie myself, and let me tell you, that recipe took some abuse and still turned out spectacularly.

But! This recipe is such a gem that what turned out after a brief stint in the refrigerator was nothing short of luscious. Usually paleo baking recipes are temperamental, to say the least, but this one weathered the storm of my adaptations with delightful results. [bctt tweet=”Fresh Raspberry French Silk Pie by @themovementmenu will be the belle of your dessert repertoire.” username=”grokgrub “]

Give this pie a whirl, even if your kitchen isn’t stocked with a stand mixer and you don’t have time to chill the coconut cream (whip it until soft peaks form and follow the remainder of the recipe as written). Bisous!