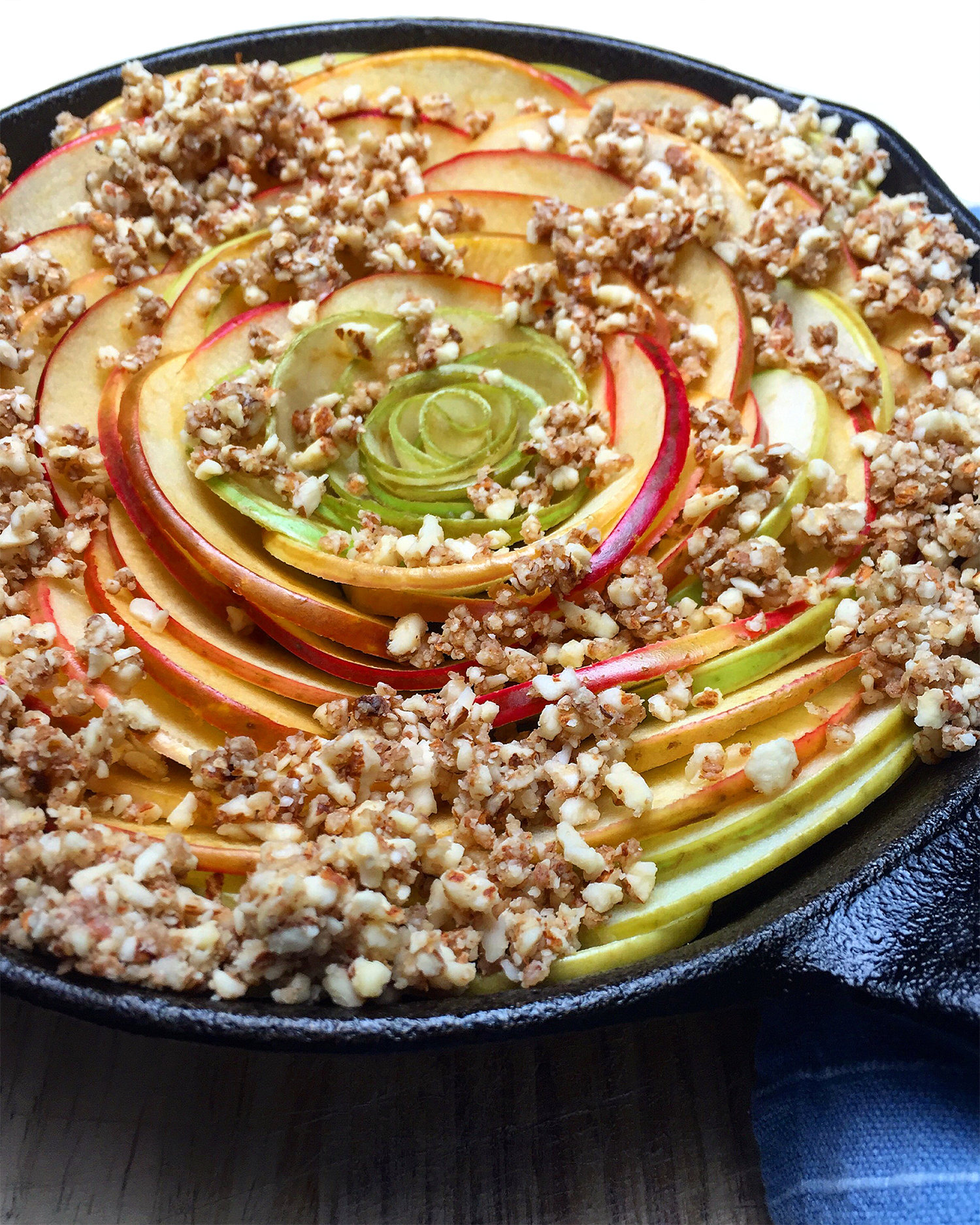 I created this Quick Apple Pie recipe in honor of Pi Day. This year’s Pi Day was an extra-special occurrence… a once in a lifetime one, actually. March 14 (or 3/14) celebrates the mathematical constant of pi. Pi represents the ratio of circumference of a circle divided by its diameter. While it is often abbreviated as 3.14, pi has an infinite number of digits beyond the decimal point, starting with 3.14159. Last year’s Pi Day was special since it was 3/14/15, perfectly matching the first numbers past the decimal point of pi. Last year, hardcore math fans even started celebrating the day at exactly 9:26 a.m. and 53 seconds. 🙂 But there’s a reason to celebrate this year too… math enthusiasts are calling today “Rounded Pi Day.” When rounding pi to the ten-thousandth (that’s four numbers past the decimal point), it comes out to 3.1416, matching this year’s date: March 14, 2016. 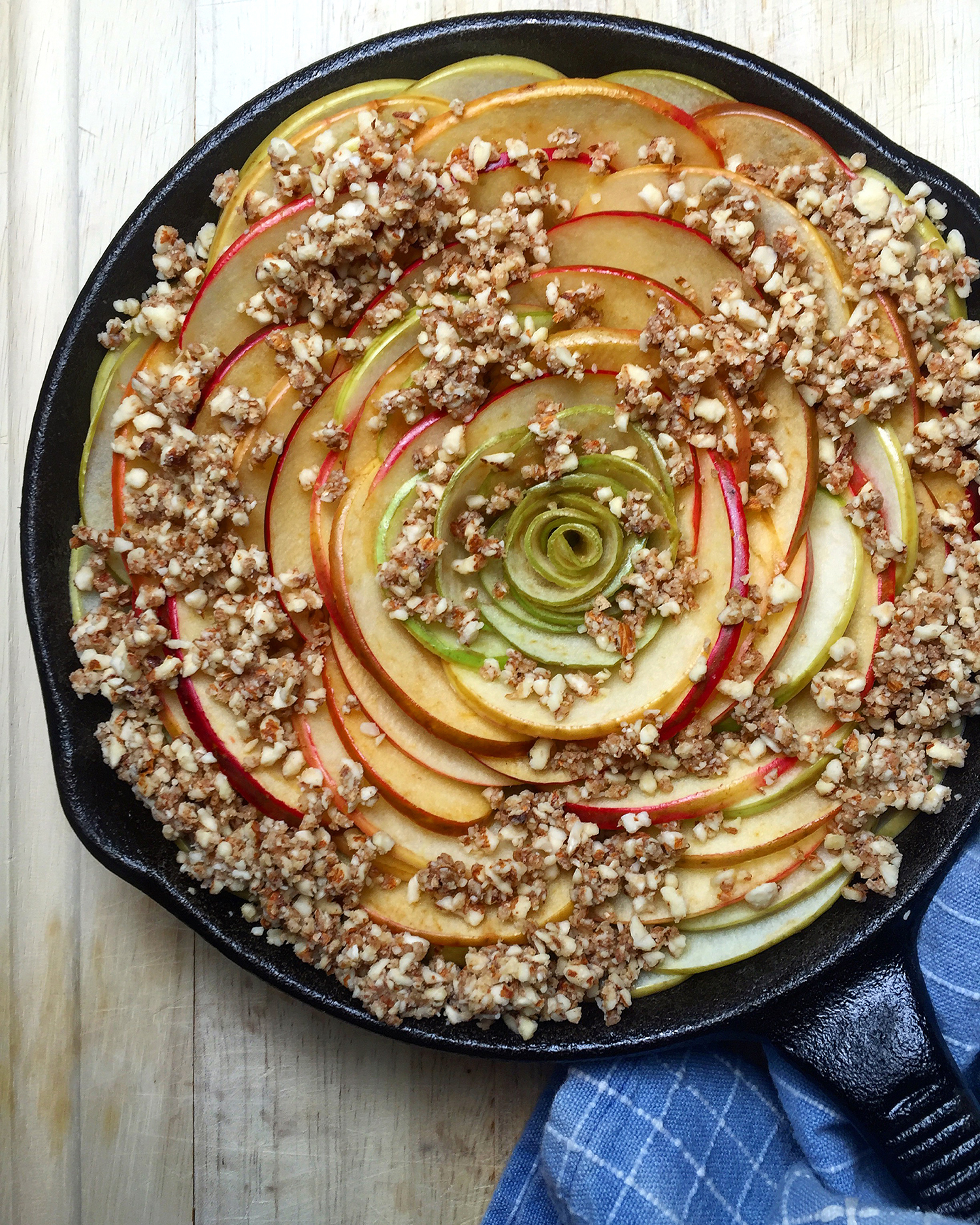 Maybe that’s enough about Pi Day. Let’s talk about Quick Apple Pi! This is almost too abstract to be called “apple pie”, yet the flavors are there in a sweetly simple, deconstructed way. This pie is not like an apple pie with a flaky crust and gooey filling that you’d find from a bakery or a grocery store, yet considering how quick and easy to make this, it’s such a rewarding dessert when it comes out of the oven. An unrelated odd but wonderful discovery is how tasty apple slices dipped in lemon are! The lemon juice gives the flavor of apple just enough sass to make it a wonderful snack, even as simple as it is.

In fact, a little story about how wonderful this Quick Apple Pie is. I took it out of the oven and brought it into a different room to photograph. I left the pie there after I finished for maybe 15 minutes, while I cleaned up the kitchen. When I returned to the other room, the pie had filled it with a delicate, persistent, fruity/floral fragrance that was beautiful in combination with the scent of its almond cookie base. Completely lovely. 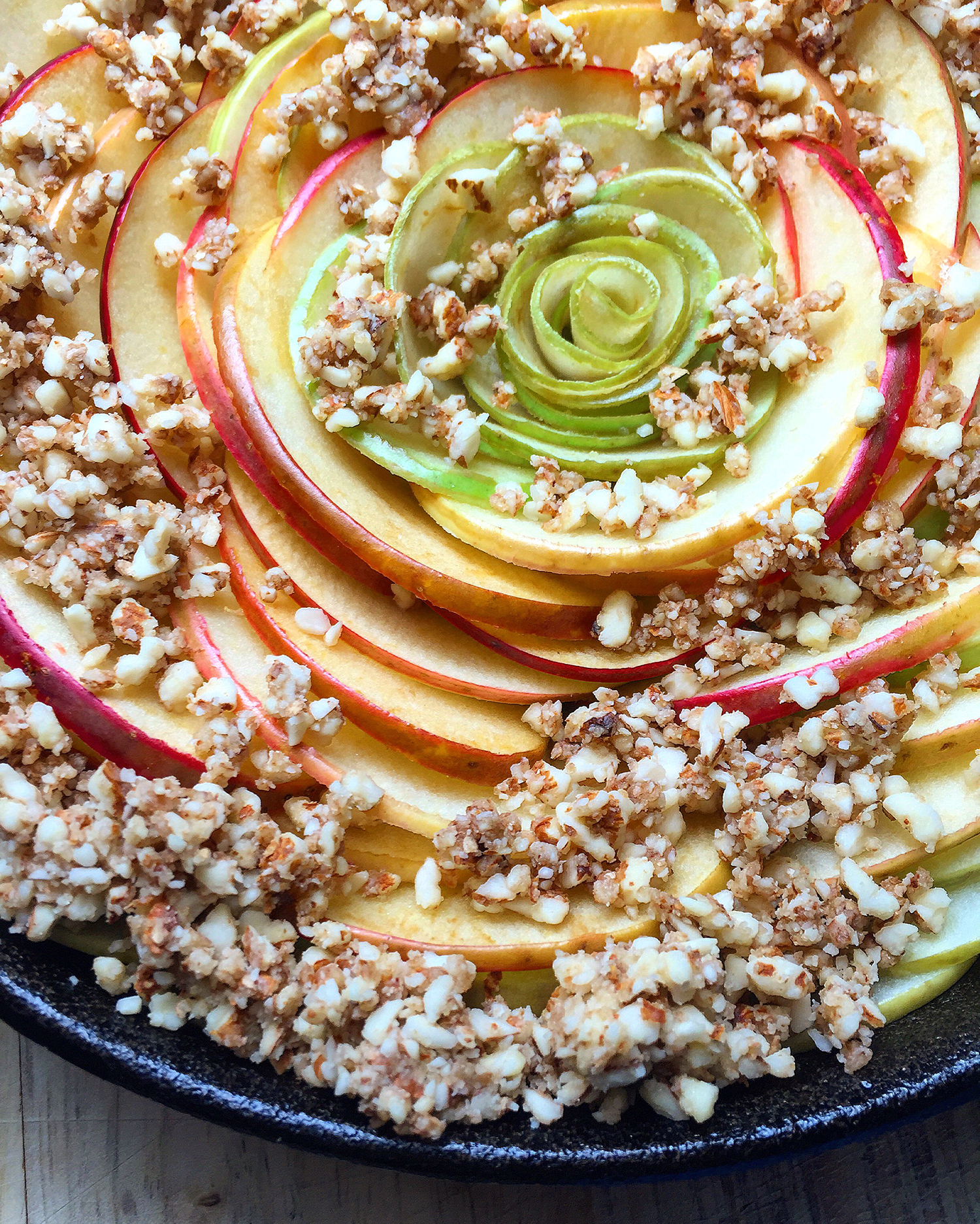 Note: for those that see this Quick Apple Pie and think, “She must have used a slicer, I don’t have a slicer”… I will say that I used a mandolin for SOME of the slices, BUT I couldn’t quite get them thin enough on the mandolin! So I switched to free-handin’, and that worked wonders. The apple slices need to be thin enough to bend considerably, and the center ones are required to be abouuuuuut as thin as tissue paper. This is easier to do than it sounds, just shave a a bit with your knife on the flat cut side of an apple until you get a few slices that have a tiny bit of peel but are also transparently thin.