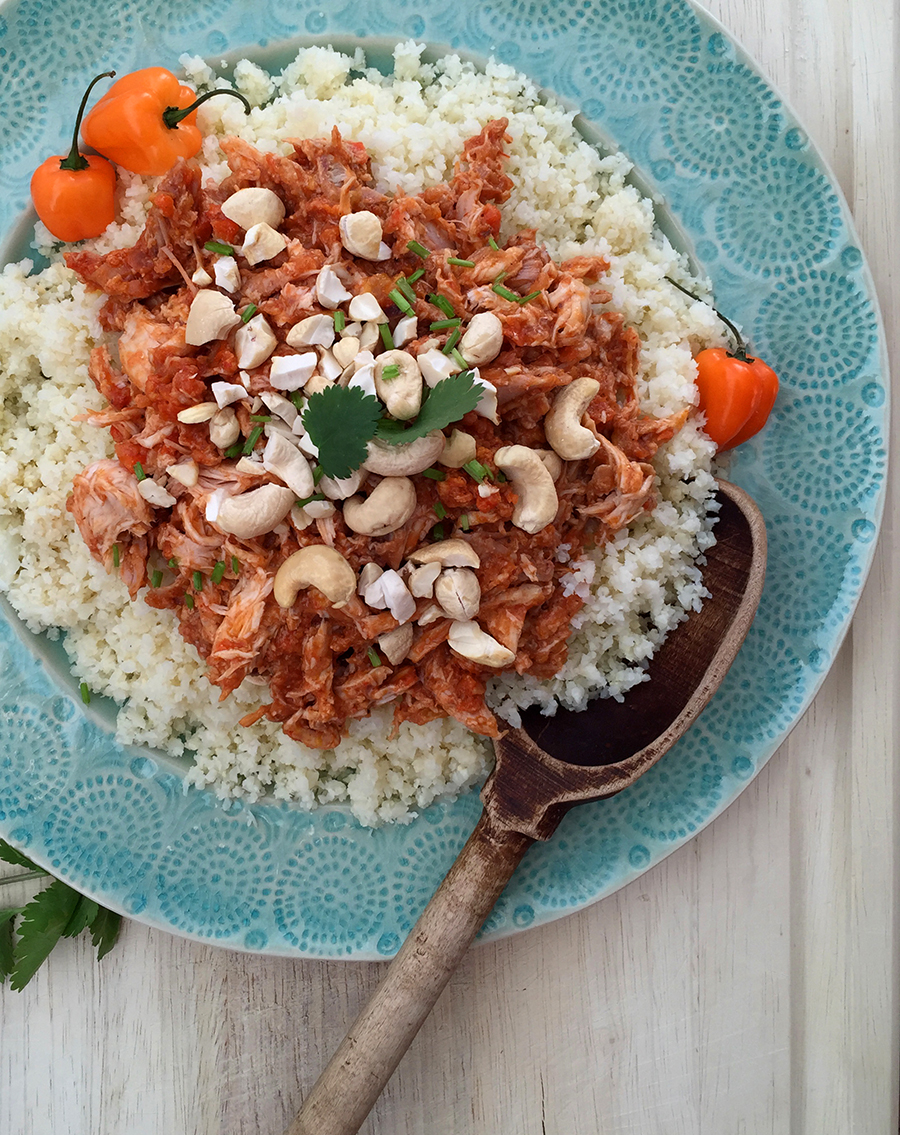 The idea of African peanut stew has always intrigued me as a bizarre concept, and while this cashew stew goes in a different flavor direction, it really works in its own way!

I researched African “groundnut” (peanut) stew online before attempting my own variation, but most of the recipes to be found were vegetarian, if not vegan. So I decided to consult an authentic source on whether real African stew contains meat: Maddie, who works the specialty counter at my local Whole Foods Market and who hails originally from Gambia. Maddie and I got to know each other last year when I sprained my ankle. Ever tried going to the market on crutches? It’s not exactly a picnic.

Maddie took pity on me in those bleak days and appointed himself responsible for pushing my cart and loading up my selections during those missions to find some special, hand-picked ingredient for which Instacart wouldn’t make the cut. Nowadays we chat over nut cheese or dark chocolate samples, usually about our workout regimens or our latest dietary developments (he’s doing a juice cleanse this month while I’m participating in a Whole 30 + 21 Day Sugar Detox). When I mentioned that I was in need of advice regarding African peanut stew, he responded that he makes it almost every week! After another 10 minutes of answering my questions, Maddie had divulged the details of the national dish of his country: slow cooked vegetables (specifically including tomato) with chicken, seasoned simply with salt, pepper and maybe some onion and garlic powder. Habanero peppers are sometimes a special addition, and cilantro as a garnish. 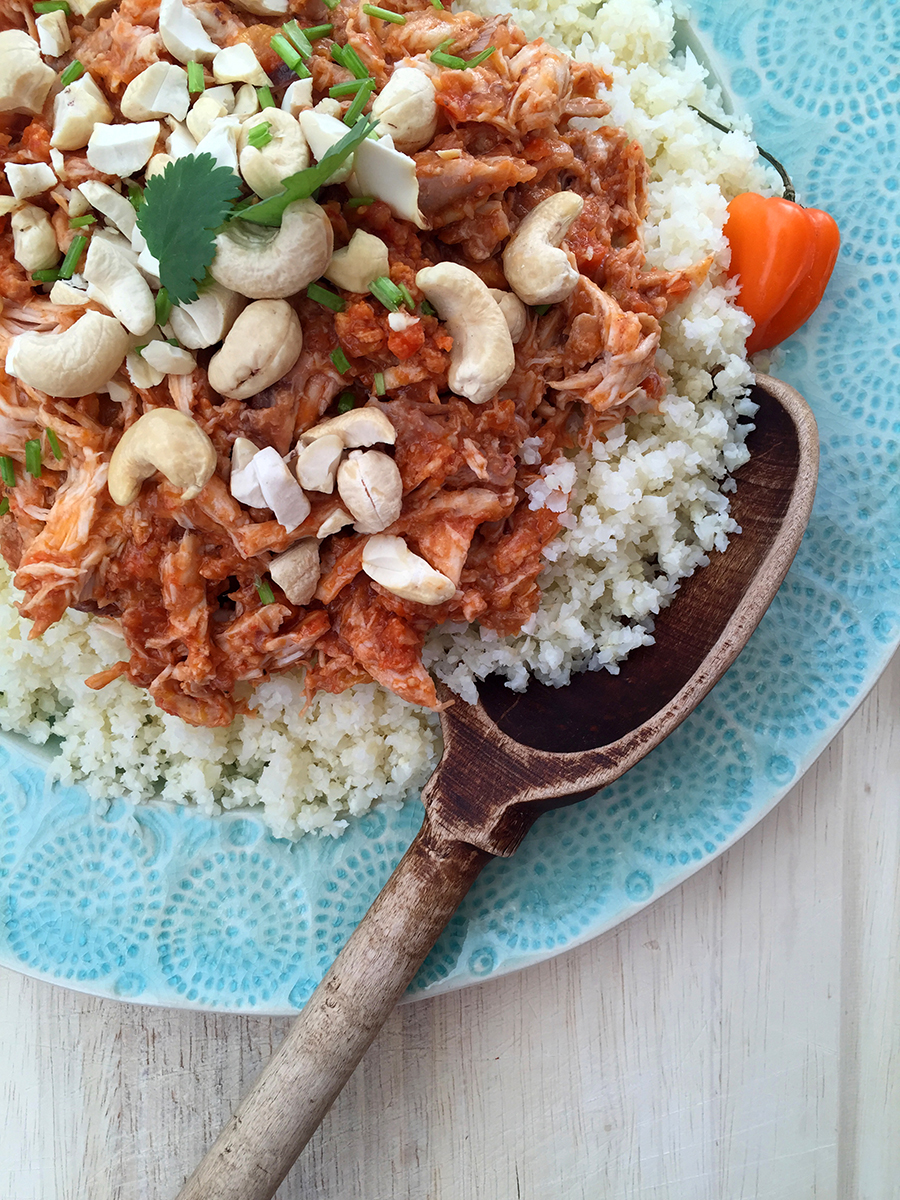 I took the idea and spun it into a slow cooker cashew stew, which removes wasting time minding a bubbling pot from the equation. The cashew butter results in a thick, buttery mouth-feel and complements the sweet taste of the slow-cooked vegetables. Half a habanero gives the recipe some kick, and the remaining half is a great incentive to make a second batch and freeze it for later. Add more habanero if you can handle the heat, or omit if spicy isn’t your thing.

This is a stew that’s both rich and savory, with a flavor a bit reminiscent of curry but mostly unique to itself. Enjoy!