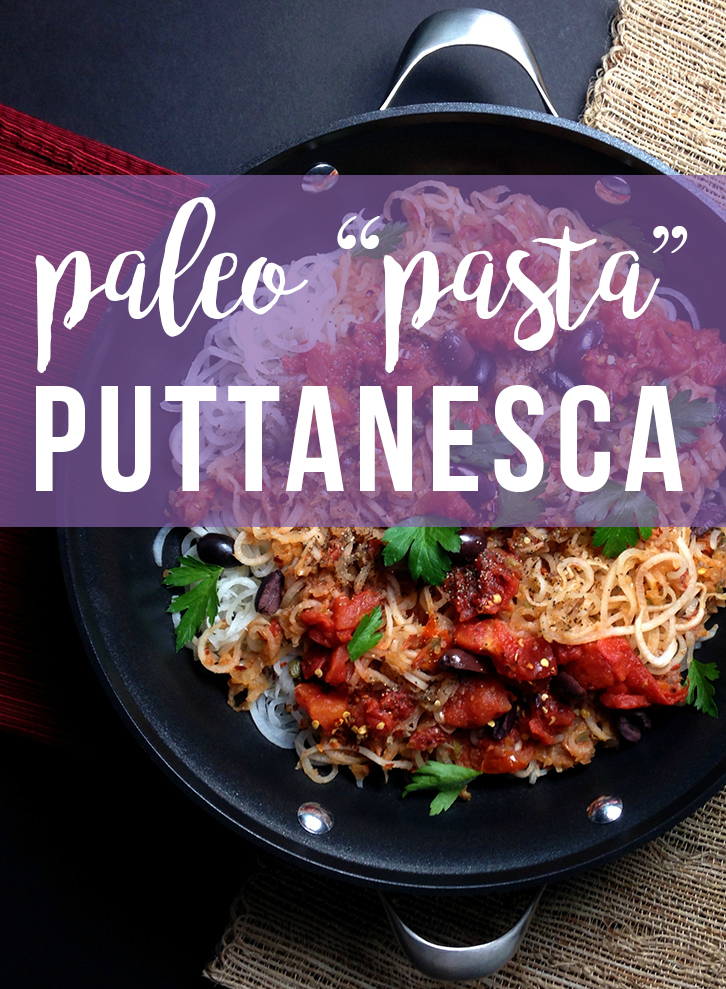 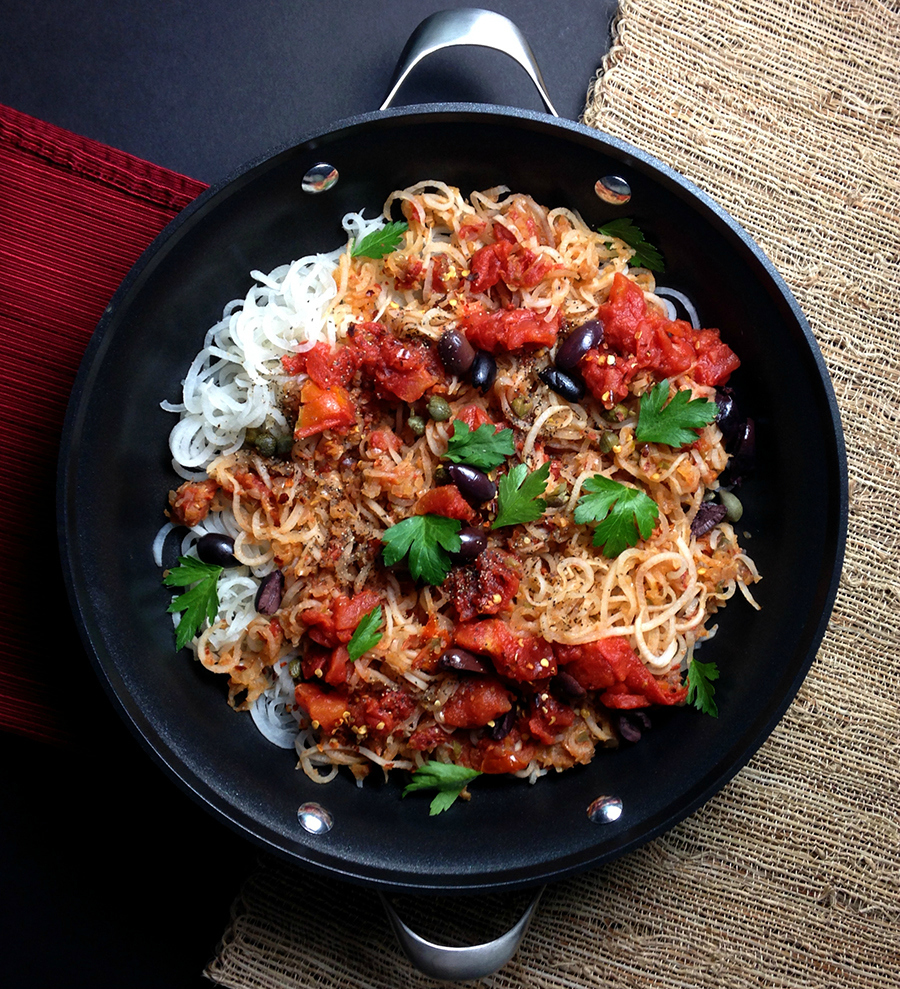 This Paleo “Pasta” Puttanesca (the spaghetti is actually spiralized parsnips) is very similar to my recent Paleo Chicken Scallopini recipe, and I created them so close together because they share many of the same ingredients. Buy one bunch of parsley and one jar of capers, try both recipes!

My Paleo “Pasta” Puttanesca recipe is a combination of strong flavors: anchovies, capers, garlic, Greek olives, chili flakes, peppery parsnips. On the topic of the parsnips… Unlike zucchini noodles, even after they’re softened in a skillet the parsnips retain a subtle crunch. If you’ve never spiralized parsnips before, give it a shot. They mimic the look of regular ol’ noodles really well! There’s just something irreplaceably appealing about a skillet full of spaghetti and sauce. A Paleo version with a spicy, briny sauce and a great back story, however, is even better. According to the story, prostitutes used to make a hot, aromatic puttanesca dish to entice customers back in the day–it was fast, easy and cheap (um, still talking about the sauce). Another version of the tale says that it was not the favorite of ladies of the night, but simply women who wanted to keep their meal preparation brief so their evenings could be spent more enjoyably. Understandable.

Whichever version you hold as true, this Paleo “Pasta” Puttanesca is well-suited for a homemade meal: it’s fresh and flavorful, the sauce can be made largely from ingredients already in the pantry and it doesn’t take very long to cobble together. Enjoy! 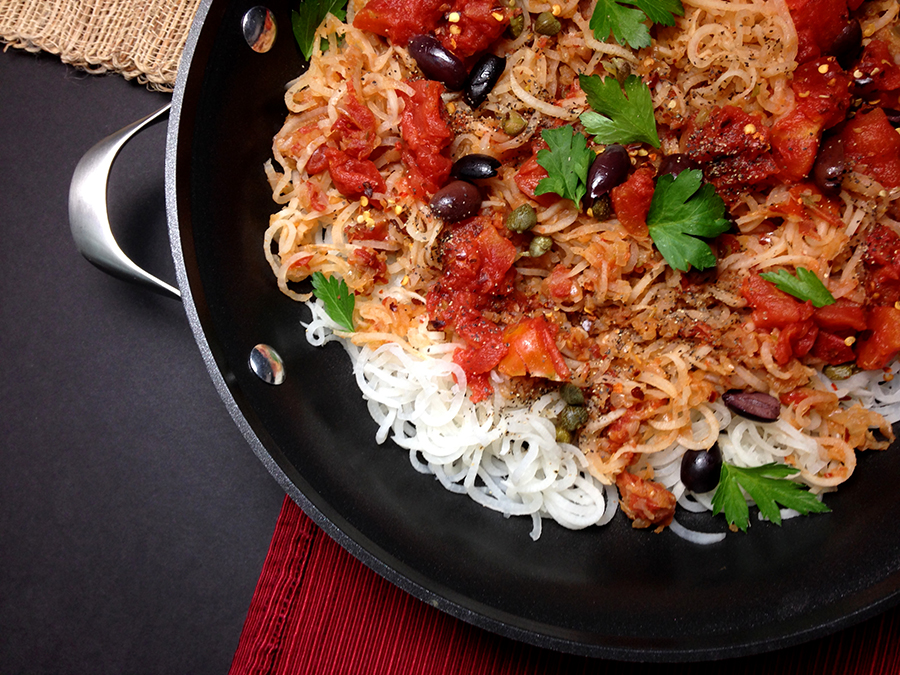